You are here: Home » Articles filed under: 'News' » Article: 'Commemoration and Social Media'

Museums embrace social media to tell the story of ANZAC 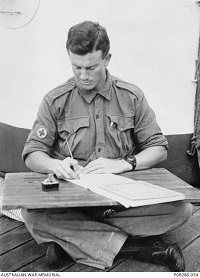 While WWI proceeded without the benefits of email and twitter, the Museum of Australian Democracy and the Australian War Memorial have asked people to imagine if it had been available 100 years ago – how would it have been used?

Social media has redefined the Australian political landscape. Politicians are expected to have some (if not multiple) forms of online presence—a website, blog, Facebook page or Twitter profile. Australian voters rely on these pages and platforms as valid and up-to-date sources of critical information released by those charged with running the country.

Imagine if Twitter had been around 100 years ago at the time the Anzacs landed at Gallipoli. How would soldiers, nurses, and officers on the front line have shared their experiences? What would the politicians, media outlets and members of the public have said in 140 characters or less?

The museum is proud to be part of ‘ABCNews1915’, a unique and ground-breaking project co-ordinated by the ABC and Twitter Australia, commemorating the 100th anniversary of the Anzac landing at Gallipoli. The ABCNews1915 Twitter account will share primary source material from over Twitter 60 accounts, reimagining the landing at Gallipoli reported by an uncensored social media.