You are here: Home » Articles filed under: 'News' » Article: 'Commemorating the Frontier War' 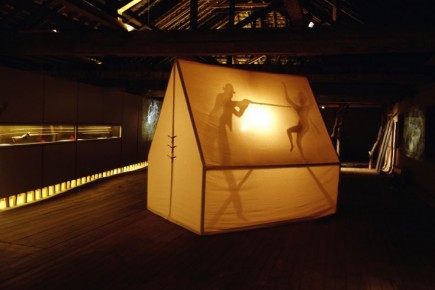 New research that has calculated an Aboriginal death toll of more than 65,000 in Queensland alone during the so-called frontier wars has renewed calls for formal recognition at the Australian War Memorial.

But the AWM in Canberra has dismissed the idea, saying recognition should instead be in the National Museum.

The research, presented to the Australian Historical Association’s Conflict in History conference last week at the University of Queensland, estimated 66,680 deaths between 1788 and 1930.  Of those deaths, 65,180 were indigenous, which is more than six times what was previously thought.

The report’s co-author, historian Professor Raymond Evans, said the calculations were based on official records, witnesses’ reports and the number of patrols undertaken by the colonial Queensland government’s Native Police.  Professor Evans said the 65,180 figure was “conservative” and could be as high as 115,000.

Professor Evans said the estimated death toll was at least on a par with Australian casualties during World War I.

“The Australian War Memorial should recognise this as a war. It’s got such a high death rate, it was fought over a long period of time and it was fought between different communities, different nations, for territory,” he said.  “It’s a fight for land and territorial possession and it has many features of warfare and, of course, a huge death rate.”

But the apparent reality would be difficult for many Australians to accept, Professor Evans said. “Often the truth is bitter and the truth is difficult, but unless you can have an honest appraisal of your past you can’t move forward with any sense of reality,” he said. “You have to read the page before you can turn the page. If we want to turn this page in Australia, we’ve got to acknowledge it. We’ve got to accept, as white people, that this was done to Aboriginal people” …

“The stories of Indigenous opposition to European settlement and expansion is one that should be told, but not by the AWM.”

The spokeswoman said the AWM’s director had acknowledged the “importance” of the frontier conflict in Australian history, but had “pointed out that they should be told at the National Museum of Australia – and this has been agreed to by the National Museum”.

The full article can be read here.
Positions Vacant » View All
» Executive Support – Canterbury Museum
» Visitor Experience Host – Australian Museum
Latest News » View All
Carbon offsetting is just greenwashing
& art world must stop pretending otherwise Read more.
Antony Gormley’s Alan Turing approval
at Cambridge but work at Imperial pending Read more.
AM 100k & Powerhouse 49k visitation records
in 2 wks July school hols with NSW Gov support Read more.
QM’s evolution of Ekka showbags
- incl the pioneering coal showbag Read more.
AWM commemorates 80th anniversary
of the sinking of HMAS Canberra Read more.
Top +
Council of Australasian Museum Directors c/o Mr Brian Oldman, South Australian Museum PO Box 234 Adelaide, South Australia 5001 Australia, © CAMD 2022
Copyright: All information and resources provided on this website remain the copyright of the Council of Australasian Museum Directors. Permission is granted for viewing and downloading for personal and not for profit purposes. Those wishing to reproduce any materials for commercial, educational or other uses are requested to contact us.
Disclaimer: The content of this website is provided for information purposes only and is not intended as a substitute for professional advice. No claim is made as to the accuracy or authenticity of the content of the website. The Council of Australasian Museum Directors does not accept any liability to any person for the information or advice (or the use of such information or advice) which is provided on this website. The information on our website is provided on the basis that all persons accessing the site undertake responsibility for assessing the relevance and accuracy of its content. No responsibility is taken for any information or services which may appear on any linked web sites. Hostgator.
.