You are here: Home » Articles filed under: 'News' » Article: 'Concern at suggestion of vaccine passports'

Concern at suggestion of vaccine passports 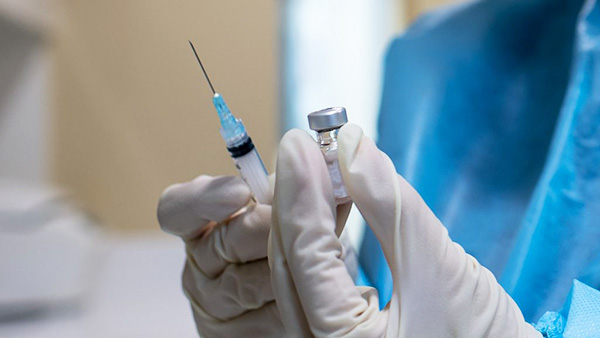 There is concern in the museum sector over plans being considered by the UK Government to introduce mandatory vaccine passports for public attractions and events in England.

The culture secretary Oliver Dowden is working with minister for the Cabinet Office, Michael Gove, on a review of the options that could enable sectors such as museums, theatre and public sport to increase their visitor capacity this summer.

Dowden told the BBC’s Andrew Marr over the weekend that the taskforce would look at “all the options” that could allow for greater easing of restrictions, saying that the limited reopening that took place last summer meant that many industries “couldn’t operate in a commercially viable way”.

He said: “We have not made decisions on Covid certification but I think it’s important that we examine it, because if we’re to get from where we hope to be at stage three – that is roughly where we were last summer – through to much greater easing in the middle of June to make areas of our national life viable for the first time, we need to look at all options.”

The taskforce will conduct a series of pilots in May and June to look at the different factors that may need to be addressed, including ventilation, behaviour, infection spread and certification.

Vaccine passports have been introduced in Israel, and are in development in several other countries, including Sweden and Denmark. The EU is proposing to introduce a digital green certificate for EU citizens in order to open up its tourist economy this summer.

Prime minister Boris Johnson told parliament last week that it was unlikely that passports would be introduced until every adult has been offered a vaccine, which is on track to happen by the end of July.

But other members of the cabinet, including Gove, are understood to be in favour of introducing a certification system earlier, amid concerns about the future of some industries if they are not able to bring visitors back in greater numbers this summer.

However there are fears that such a scheme could be discriminatory and create a bureaucratic burden for venues. Sharon Heal, director of the Museums Association (MA) said there are “lots of concerns” in the museum sector about the possibility of mandatory certification.

She said: “We are concerned about the suggestion of mandatory vaccine passports for museums for a number of reasons. Museums have demonstrated when they reopened last year that they are safe places to visit; all of the social distancing and health and hygiene measures needed to protect staff and visitors are already in place.

“Making vaccine passports a condition of visiting will discriminate against those that can’t have a vaccine for health reasons and those that have not yet been able to get a vaccine because they are not in a priority group.

“It would also put staff in a position of conflict with visitors if they have to vet documents or ask for personal information. Museums are ready to welcome all their visitors back and are safe spaces for all communities; we want to be more inclusive, not less.”

There are also questions over what a vaccine passport scheme would mean for museums’ obligations under the Code of Ethics to “provide public access to, and meaningful engagement with, museums, collections, and information about collections without discrimination” and “abide by a fair, consistent and transparent workforce policy for all those working in the museum, including those in unpaid positions”.

A call for evidence on the whether Covid certification could play a role in reopening the economy closed yesterday. The UK Government said: “The government will assess to what extent certification would be effective in reducing risk, and its potential uses in enabling access to settings or relaxing Covid-secure mitigations.

“The government is looking to consider the ethical, equalities, privacy, legal and operational aspects of a potential certification scheme, and what limits, if any, should be placed on organisations using certification.”

The review will report its findings in June.