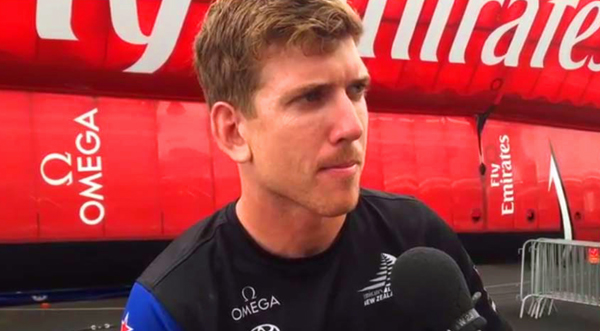 Team New Zealand are still working through what will become of their flying machine that powered Glenn Ashby and crew to a stunning victory over Oracle in the 35th America’s Cup match.

Less than 24 hours after getting their hands on the Auld Mug for the first time since it departed New Zealand shores 2003, the pack down had commenced at the Emirates Team New Zealand base in Bermuda.

With all the focus up until yesterday having been on getting the job done on the water, there are still a lot of logistics to be worked through for the team, including what will happen to their marvel of marine engineering.

One option would be to have it on display in a national museum or in the Viaduct, but it is unlikely there will be a space large enough to hold the catamaran in all her wingsailed glory.

The hull of Team New Zealand’s first America’s Cup winning yacht, NZL32, or Black Magic as she was affectionately known, is displayed at the New Zealand Maritime Museum in Auckland.

Others would like to see the sleek flying machine out on the Waitemata Harbour once again.

Helmsman Peter Burling said he hopes Aotearoa will be recommissioned and he has another opportunity to sail her in Auckland.

“It’s a really cool boat to sail and it’s going to be a little sad not to sail it for a little while now,” he said.

Burling’s mother, Heather, described it as the “biggest, bestest toy he’s ever had”.

It is unlikely the boat will be used for anything more than exhibition sails, however, with Team NZ expected to move to a different class of boat for the next event. The Kiwi syndicate is currently in discussions with Luna Rossa, the official challenger of record for the 36th America’s Cup match, over what shape the next event will take. It is rumoured the Italian team are determined to see the Cup return to monohulls.

As for the team’s radical catamaran that is the talk of the America’s Cup world, Team NZ will have some time to look at their options.

After being flown up to Bermuda in a cargo plane, the 50-ft catamaran will take a slow journey home by ship and isn’t expected to be back in Auckland for a couple of months.

“Hopefully we can give it a decent welcome home when it returns,” said Burling.