You are here: Home » Articles filed under: 'News' » Article: 'Consequences of information suppression'

September 17th, 2020 | Browse other: News. | Tagged with: Research reveals how Australia’s environmental scientists are being silenced, scientists self-censor information for fear of damaging their careers | 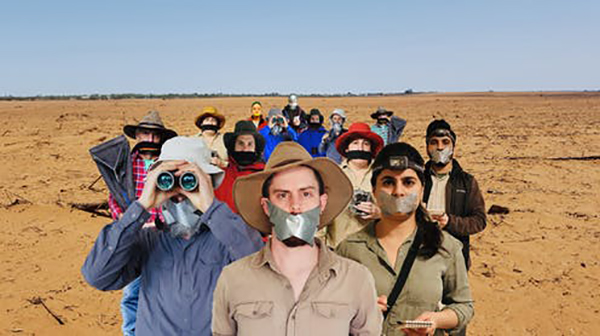 Ecologists and conservation experts in government, industry and universities are routinely constrained in communicating scientific evidence on threatened species, mining, logging and other threats to the environment, our new research has found.

Our study, just published, shows how important scientific information about environmental threats often does not reach the public or decision-makers, including government ministers.

In some cases, scientists self-censor information for fear of damaging their careers, losing funding or being misrepresented in the media. In others, senior managers or ministers’ officers prevented researchers from speaking truthfully on scientific matters.

This information blackout, termed “science suppression”, can hide environmentally damaging practices and policies from public scrutiny. The practice is detrimental to both nature and democracy. 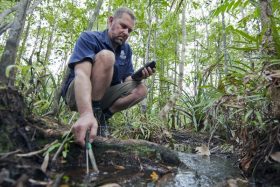 When scientists are free to communicate their knowledge, the public is kept informed. University of Queensland/AAP.

Our online survey ran from October 25, 2018, to February 11, 2019. Through advertising and other means, we targeted Australian ecologists, conservation scientists, conservation policymakers and environmental consultants. This included academics, government employees and scientists working for industry such as consultants and non-government organisations.

Some 220 people responded to the survey, comprising:

In a series of multiple-choice and open-ended questions, we asked respondents about the prevalence and consequences of suppressing science communication.

About half (52%) of government respondents, 38% from industry and 9% from universities had been prohibited from communicating scientific information.

Communications via traditional (40%) and social (25%) media were most commonly prohibited across all workplaces. There were also instances of internal communications (15%), conference presentations (11%) and journal papers (5%) being prohibited.

A video explaining the research findings.

‘Ministers are not receiving full information’

Some 75% of respondents reported having refrained from making a contribution to public discussion when given the opportunity – most commonly in traditional media or social media. A small number of respondents self-censored conference presentations (9%) and peer-reviewed papers (7%).

Due to ‘risk management’ in the public sector […] ministers are not receiving full information and advice and/or this is being ‘massaged’ by advisors (sic).

University respondents, more than other workplaces, avoided public commentary out of fear of how they would be represented by the media (76%), fear of being drawn beyond their expertise (73%), stress (55%), fear that funding might be affected (53%) and uncertainty about their area of expertise (52%).

I proposed an article in The Conversation about the impacts of mining […] The uni I worked at didn’t like the idea as they received funding from (the mining company). 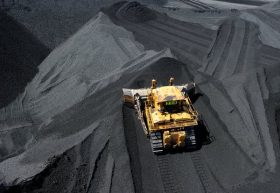 A university researcher was dissuaded from writing an article for The Conversation on mining. Dave Hunt/AAP.

Information suppression was most common on the issue of threatened species. Around half of industry and government respondents, and 28% of university respondents, said their commentary on the topic was constrained.

Government respondents also reported being constrained in commenting on logging and climate change.

We are often forbidden (from) talking about the true impacts of, say, a threatening process […] especially if the government is doing little to mitigate the threat […] In this way the public often remains ‘in the dark’ about the true state and trends of many species.

By being blocked from reporting on the dodgy dealings of my university with regards to my research and its outcomes I feel like I’m not doing my job properly. The university actively avoids any mention of my study species or project due to vested financial interests in some key habitat.

Industry respondents, more than those from other sectors, were constrained in commenting on the impacts of mining, urban development and native vegetation clearing. One industry respondent said:

A project […] clearly had unacceptable impacts on a critically endangered species […] the approvals process ignored these impacts […] Not being able to speak out meant that no one in the process was willing or able to advocate for conservation or make the public aware of the problem. 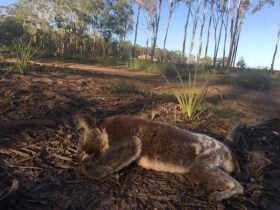 The system is broken

Of those respondents who had communicated information publicly, 42% had been harassed or criticised for doing so. Of those, 83% believed the harassers were motivated by political or economic interests.

Some 77 respondents answered a question on whether they had suffered personal consequences as a result of suppressing information. Of these, 18% said they had suffered mental health effects. And 21% reported increased job insecurity, damage to their career, job loss, or had left the field.

I declared the (action) unsafe to proceed. I was overruled and properties and assets were impacted. I was told to be silent or never have a job again.

As a consultant working for companies that damage the environment, you have to believe you are having a positive impact, but after years of observing how broken the system is, not being legally able to speak out becomes harder to deal with. 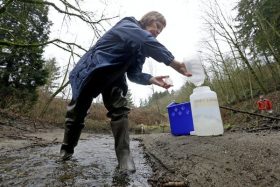 Scientists want to have a positive impact on environmental outcomes. Elaine Thompson/AP.

We acknowledge that we receive grants involving contracts that restrict our academic freedom. And some of us self-censor to avoid risks to grants from government, resulting in personal moral conflict and a less informed public. When starting this research project, one of our colleagues declined to contribute for fear of losing funding and risking employment.

But Australia faces many complex and demanding environmental problems. It’s essential that scientists are free to communicate their knowledge on these issues.

Public servant codes of conduct should be revised to allow government scientists to speak freely about their research in both a public and private capacity. And government scientists and other staff should report to new, independent state and federal environment authorities, to minimise political and industry interference.

And importantly, it would help ensure the public is properly informed – a fundamental tenet of a flourishing democracy.