September 7th, 2018 | Browse other: News. | Tagged with: return of artefacts, The Relational Museum and Its Objects | 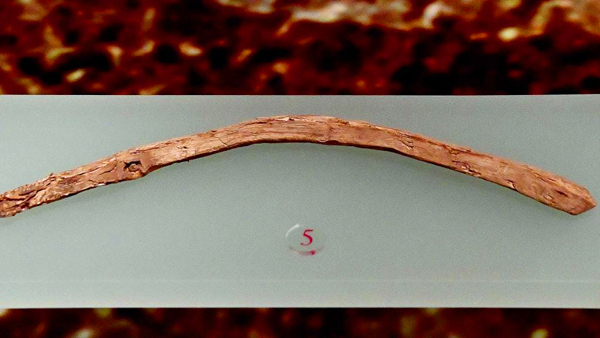 When visiting a friend recently, we got to talking about the stones on the large hearth in his living room. Some were round with dips in them, others had sharp edges.

He’d found them at various places across his broadacre cropping farm, sometimes when ploughing or turning soil.

I imagined him in those moments, stopping the great behemoths on which he works and stepping down to prise these objects from the soil.

That he understands they speak of another time and values them enough to take the time to pick them up and save them from harm speaks volumes. He probably wouldn’t drive his tractor through a 15th century palace either.

Across the years, landholders and others have collected stones, spears, flints, axe heads, grinding bowls, throwing sticks and lots of other objects from the pre-settlement Australia period.

Some have been found in small museums in English villages, having been carted out by early settlers, soldiers and convicts, stored in homes and then cleared out for keeping in public places of memory.

Small museums in country towns across Australia also hold them, often because new generations are clearing out stuff and donating “Grandad’s stones” etc.

Some store them more than display them. Some, unsure how to, and whether they can or should at all, keep them locked away.

If they do the latter, it means a big part of this country’s history — its pre-settlement phase before Captain Cook set foot here — is not being told locally.

And that’s a shame because our local museums are invariably the best at telling our local area history. How many tell the story of the land and the people who lived here before 1788, I wonder? And if they don’t, what, apart from the time and effort, stops them, especially if they have donated artefacts from that time?

Some choose to return the artefacts. Beechworth’s Burke Museum this year returned indigenous artefacts to their traditional owners 150 years after buying them.

In southern NSW, a project involving about 40 museums across the Riverina is aiming to connect collections experts to local museums to help their committees and volunteers understand what’s in their collections and how to display them.

It’s part of an international project called The Relational Museum and Its Objects: Engaging Indigenous Australia With Their Distributed Collections.

The idea is to link indigenous people with their material culture and to link small, local and often volunteer-run community museums with local indigenous people so their museums also tell the pre-settlement story.

And next month at the Forbes Show, the Henty Field Days and the Barellan Good Old Days, stalls run by locals will encourage people to bring indigenous objects and artefacts that they have at home to open days during October at Forbes, Narrandera and Wagga Wagga.

One aim is to reduce people’s nervousness about possessing these items, according to Wagga’s regional museums officer Sam Leah.

“These are for people who might have some artefacts who can come in and find out more about them and what makes them so special and to help remove the apprehension about what to do with them. People are worried they might get into trouble for having these,” Sam says.

It’s fair enough for people to be nervous. Laws protect indigenous artefacts and sites but Sam says her experience is that indigenous communities want their stories to be shared in museums alongside other stories. And, according to The Relational Museum project manager Dr Robyn McKenzie, people need not worry because Native Title Act protects freehold land.

State heritage laws are more about protecting indigenous objects from ruthless removal and destruction by collectors and developers, than beating up farmers, Dr McKenzie says.

Archaeologists, geologists and museum experts will be there. Who knows what you’ll learn.