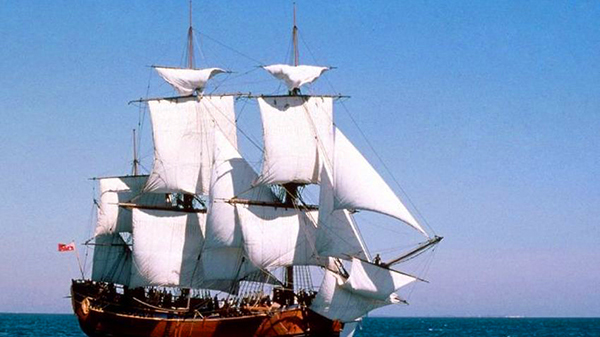 The Endeavour replica was due to circumnavigate Australia. Source: Australian National Maritime Museum.

A multimillion dollar circumnavigation of Australia by a replica of Captain James Cook’s ship Endeavour to mark the 250th anniversary of his arrival has been suspended due to the COVID-19 pandemic.

Prime Minister Scott Morrison announced the project in 2019 and it was due to launch in Sydney’s Botany Bay in April, with the replica Endeavour then sailing up the east coast before making a circumnavigation of the continent.

The Federal Government gave $6.7 million to the Australian National Maritime Museum for the project, which has been criticised by Aboriginal and Torres Strait Islander groups for celebrating the dispossession of their land and by academics for being historically inaccurate. 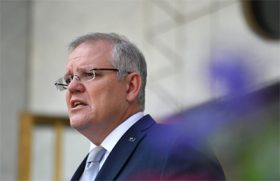 Prime Minister Scott Morrison had been a big supporter of the voyage. AAP.

“This decision was not taken lightly. After four years of planning, this is disappointing but it is necessary at this time,” museum director Kevin Sumption said in a statement.

“I trust the public will understand and hope they engage with our digital resources instead.”

The museum has also put on hold the associated touring exhibition, Looking Back, Looking Forward, and is weighing up its options to mark the anniversary.

“Encounters 2020” was initially described as a “re-enactment” but then rebranded as a “retracing” after criticism that Captain Cook did not circumnavigate Australia, but charted the east coast.

“Yes, it does retrace the steps obviously when we go up the east coast,” Mr Morrison said in January last year after he initially announced the project as part of a $48.7 million package to mark Captain Cook’s arrival.

“But we’re one large country and it’s important that the lessons and the stories that came out of that experience along the east coast of Australia is shared with the rest of the country.”

The trip had already suffered several setbacks, including missing the original start date of 24 February in Sydney.

It was due to stop at 39 locations including Cooktown in far-north Queensland, where Captain Cook spent almost seven weeks repairing his vessel after running aground on the Great Barrier Reef.

Cook Shire Council announced this week it had cancelled the Cooktown Festival and Expo in July, which was to coincide with the anniversary of the Endeavour’s arrival.

Access to the region is now by permit only due to the coronavirus outbreak.

From there, the Endeavour replica was due to sail to Possession Island. This is where Captain Cook “claimed” Australia for the British Crown, before he traversed the Torres Strait and sailed on to what was then the Dutch East Indies, now Indonesia.