You are here: Home » Articles filed under: 'News' » Article: 'Could paid entry become the new norm'

June 19th, 2020 | Browse other: News. | Tagged with: Could paid entry become the new norm for galleries and museums?, numbers drop off when museum entry is imposed | 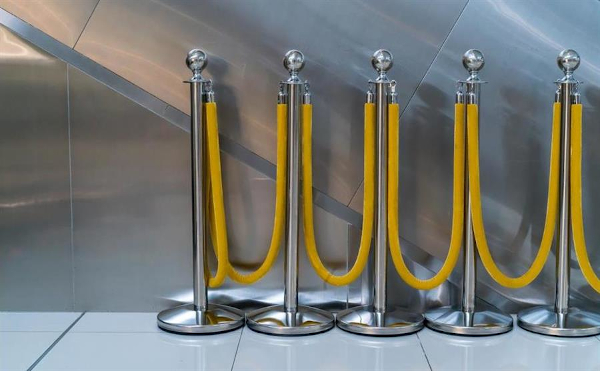 Research shows that numbers drop off when museum entry is imposed, but are there ways around it to bolster revenue.

For the past financial quarter, the arts sector has been extremely vocal about how it is hurting. While some relief funding from the pandemic’s impact has come from government and philanthropists, the consensus is that it is far from adequate. There is little hope that support commensurate with the sector’s needs and contribution will come.

That leaves many asking how – from a very practical level – will organisations recoup lost income, and find the income to continue to deliver programming as we face a recession?

One answer is reducing resources – and the pointy end of that is staffing – while the soft end is simply ‘do more with less’. This inevitably leads to a sector that is already plagued by burn out and mental health issues.

The alternate answer is to find the money. Sure, easy! In a culture of efficiency dividends imposed on arts organisation over the past five years in particular, arts organisations have been encouraged to become less government reliant and to find a diverse mix of income streams and sustainability.

Sounds great in theory, but when the pool is small and all are competing for those alternate streams, it is tough. And, in a post-COVID environment where everyone’s ‘belt has been tightened’, there simply will be less cash around to prop up leaking arts companies.

This points to a third option, which has an almost archaic whiff about it, taking the sector to some dark distant period from which it had liberated itself. And that is to re-introduce paid entry to venues. In short, it is not ideal.

She continues: ‘(However), paid admission organisations have higher satisfaction scores and greater intent to visit among people. In fact, the steeper the discount, the less satisfied people are with their visit. People value what they pay for.’

Her data is drawn from over 140,000 sources within the arts and culture sector across America. Dilenschneider says the association of free organisations being government run skews perceptions of a political agenda in what they present, and what they support.

But as in most things, Australia is very different to the United States. Perception is a key ingredient when it comes to paying for something – albeit a movie, a museum or a makeover.

A discussion paper produced in 2001 by Environmetrics, titled Charges dropped! Admission fees to cultural attractions, looked at the climate – and indeed changing tide – of the user-pay principle for cultural institutions in Australia.

Looking back on that data might perhaps help inform organisations now as they teeter on the precipice of a tight financial future in a post-COVID environment.

‘While the 80s and 90s saw the implementation of entry fees at museums and galleries across the country, recent decisions point to a substantial reversal of this trend with the removal of fees at several major institutions,’ writes Gillian Savage in the report.

The report stated: ‘Between 1980 and 1993, an average of 4.4 Australian museums per year began imposing a general charge on their visitors. In Britain in 1984 none of the national museums charged an entry fee, but 10 years later almost half were doing so. The number of American museums charging fees for admission increased over a similar period from 32 percent to 55 percent.’

But something changed with the turn of the millennium.

Savage reminded that it was the National Gallery of Australia (NGA), under director Brian Kennedy, that was the first to remove general entry fees in 1998. They were followed in 2000 by the Museum of Contemporary Art (MCA) in Sydney, which through a sponsorship relationship with Telstra, enabled a 12-month pilot program of no entry.

It worked – and attendance grew exponentially, more than doubling.

Around the same time, under the Blair Government in the UK, a progressive campaign – ‘free admission to all’ – aimed to implement the removal of entry fees from all major cultural heritage collections.

Savage’s argument back in 2001 – which holds currency today – was crystal clear: ‘Evidence is abundant that admission fees have reduced visitor numbers. Add an entry fee and lose visitors, remove it and gain them.’

Should we now, moving into 2021 and a period when attendance is more critical than ever in the wake of coronavirus closures, take this on board?

Entry fees provide income, or do they?

At the time of writing that 2001 report, the estimate was that larger metropolitan museums in Australia get only 10-12 percent of their total income from entry fees.

‘Proponents of entry fees argue that this amounts to a considerable sum,’ writes Savage.

But in the last twenty years, many galleries have diversified their income streams tremendously, acknowledging the benefits of a gallery café, gallery shop and venue hire.

Savage notes: ‘When visitor numbers are reduced and visitors pay an entry fee, other revenue streams deriving from museum shops, cafes and programs, are reduced. Since removing its admission fee, the MCA has reported an increase in donations, a 77 percent increase in shop sales, ‘improved attendance of public programs and special events and greater interest in corporate tours and venue hire’. (2001)

As recent as January 2018, the Auckland Art Gallery was facing public criticism over the potential of imposing entry fees. The gallery has been running on empty for some time with out guarantee of government support.

They turned to another model – to only charge international or domestic tourists a $20 entry fee. The Auckland Art Gallery has found this very successful.

Describing it as a cost rationale measure, Director at the time Rhana Devenport said: ‘We will raise about a million in the year – and that will go straight into programming – we are expecting some drop off in numbers, so for now, we are observing very carefully.’

The Metropolitan Museum of Art turned to this model as early as the 1970s, expanding it to out-of-staters, and most recently in March 2018 to locals. What the changes meant is that a New Jersey resident working in Manhattan would pay more to pop in to the Met than a tourist visiting from out of state.

The cash-strapped cultural giant started charging out-of-staters a mandatory $US25 admission – while remaining pay-as-you-wish for anyone with a valid New York ID.

The honour system – a pay-as-you-wish request with a ‘suggested’ admission of $25 – had been in place at the world’s largest museum since 1970. The New York Post reported however that, ‘these voluntary donations… simply hadn’t been generating enough cash flow. Over the last 13 years, the percent of visitors who actually forked over the $25 had dropped from 63 percent to 17 percent.’

They project an extra US$6-11 million a year under the new policy.

Artsy reported that in March this year, as museums were closing their doors globally, the Met announced that it faced an expected shortfall of at least $US100 million.

It is also predicting a ‘significantly reduced attendance for the next 18 months at least’, with an increased ratio of local to international visitors. Last year, 28% of the museum’s visitors came from abroad, which is a huge income stream for the museum.

Many US museums have large endowment resources to pull on to counter this income loss; in Australia we do not.

Given that paid entry for locals has proven to be a dubious – and perhaps damaging – option for museums, what is the alternative left?

A further option being floated currently is reduced hours. Rather than being open six or seven days a week, it might open for four, with a greater focus on engaging visitors during its evenings of extended hours – and to extend the digital programming so solidly developed during the pandemic closures.

This is a definitely a watch this space story. We encourage sector discussion to collectively find the right balance for Australia’s cultural future.

Gina Fairley is ArtsHub’s National Visual Arts Editor. For a decade she worked as a freelance writer and curator across Southeast Asia and was previously the Regional Contributing Editor for Hong Kong-based magazines Asian Art News and World Sculpture News. Prior to writing she worked as an arts manager in America and Australia for 14 years, including the regional gallery, biennale and commercial sectors. She is based in Mittagong, regional NSW.