You are here: Home » Articles filed under: 'News' » Article: 'COVID or Covid? The comfort of pedantry'

COVID or Covid? The comfort of pedantry 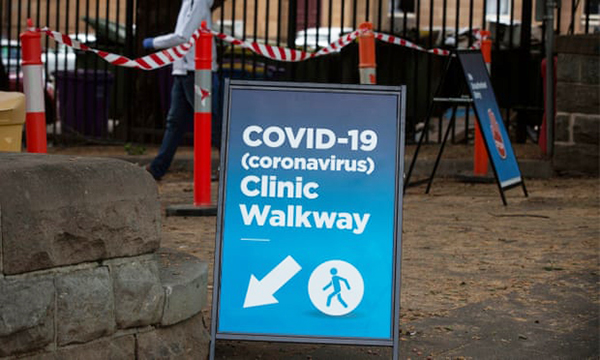 Elisabeth Ribbans, COVID, or Covid? The comfort of pedantry at a time of national crisis, The Guardian, 20 April 2020

Working from home, the readers’ office team is unexpectedly cheered by questions of spelling and grammar

The readers’ editor’s office is beginning its sixth week of working from home. During this time, contact from readers has increased by about a fifth, so that we are now receiving more than 700 fresh enquiries – comments, queries, praise and complaints – each week.

Our small team, based hundreds of miles apart, approaches its task in much the same way as before: aiming to deal promptly with those corrections that are easily fixed, taking time to investigate complex complaints, and sharing feedback as appropriate with writers and desks. The chief difference is that we liaise with one another, and with the relevant journalists, through instant messaging, phone and video meetings.

Last Friday, I had cause to call one of the few editors still working in the London headquarters at Kings Place. I asked him what it was like (it’s hard to imagine the newsroom without hundreds of people beavering away at their desks) and he told me that he could see “a hamlet where once there was a city”.

Yet from this hamlet, now connected to satellite offices that are bedrooms, living rooms and sheds around the country and the globe, the Guardian and Observer continue to serve national and international audiences with news, analysis and commentary around the clock.

Response to this coverage comes through any number of the touchpoints: below the line, on social media, via the letters desk, directly to journalists and to the readers’ editor, to mention a few. The vast majority of emails my office currently receives are unsurprisingly related to coronavirus. They may be from hospitals, businesses, scientists and families of those affected by the outbreak; or anyone with a deep interest in the precision of articles.

More than 7,000 items of editorial content with a connection to the coronavirus outbreak have been published by the Guardian and Observer since January. Where significant errors are identified, for example those involving statistics, medical provision or national measures, we have moved as quickly as possible to remedy. We gauge that less than half a percent of articles have resulted in corrections on such key matters, although many more claims of inaccuracy will be investigated and mistakes rectified where necessary.

The task feels vast at times but also as if it could never be more important. Correspondence on urgent matters sometimes runs late into the night. We prioritise as we go, because the flow of emails rarely abates (it’s always breakfast time somewhere), but we wouldn’t be human if we weren’t occasionally distracted by a minor point of intrigue nicely put.

I fell into happy correspondence the weekend before last with a medical specialist who wanted to know why the media was “incorrectly” spelling COVID-19 as Covid-19. I explained that, like most British newspapers, the Guardian’s style is to use uppercase for abbreviations that are written and spoken as a collection of letters, such as BBC, IMF and NHS, whereas acronyms pronounced as words go upper and lower, eg Nasa, Unicef and, now, Covid-19. The reader was remarkably understanding given that her query turned out to be more than passing curiosity: she was busily correcting scientific articles by authors who’d adopted the media’s style. We each apologised for having caused the other work and moved on better informed about our respective fields.

Those unfamiliar with the job of this office are often surprised that readers would get in touch about typos and grammar “at a time like this”. We might have felt the same at first, mindful also of the strains under which journalists are working. But credibility never goes out of style and being told about a lay/lie error (twice last week) can be a heartening reminder of the normal. Emails that start by recognising how it’s “important to preserve pedantry at a time of national crisis” are always going to raise a smile. And it has made us think that “grammar corner”, the lesser known cousin of “homophone corner” and last seen in 2017, may provide a similarly welcome diversion for readers of the corrections and clarifications column. Watch this space, or rather that one.

Some of the most affecting emails come from readers responding to coverage – or perhaps a seeming absence of it – with their own experience of lockdown. A widow who had just started to get out in the world again when isolation hit; a reader with disabilities who hoped the widespread move to remote-working would show how valuable an employee can be without having to travel to an office; the partner of someone working on the NHS frontline. These stories are not strictly for the readers’ editor, although we feel privileged to read them. For those who would like their stories of Covid-19 to reach a wider audience, the Guardian’s community team is providing a dedicated space for sharing them – because the record of this time is told not only from journalists’ front rooms but from yours too.
Positions Vacant » View All
» Te Papa Foundation Relationship Manager – Te Papa
» Development Manager, Bequests & Friends – NMA
Latest News » View All
AWM Council commits to ‘much broader,
deeper' depiction of frontier wars Read more.
Questacon appoints Jo White as new director
- starting in Nov-2022 Read more.
Climate activist’s glue, art & Nature
(& Botticelli’s Primavera 500 flr “spp”) Read more.
10 ways to decolonize heritage sector
Canadian Museums Assoc recommendations Read more.
Gardening & farming at NMA
Earth canvas, entry garden & Gdn of Dreams Read more.
Top +
Council of Australasian Museum Directors c/o Mr Brian Oldman, South Australian Museum PO Box 234 Adelaide, South Australia 5001 Australia, © CAMD 2022
Copyright: All information and resources provided on this website remain the copyright of the Council of Australasian Museum Directors. Permission is granted for viewing and downloading for personal and not for profit purposes. Those wishing to reproduce any materials for commercial, educational or other uses are requested to contact us.
Disclaimer: The content of this website is provided for information purposes only and is not intended as a substitute for professional advice. No claim is made as to the accuracy or authenticity of the content of the website. The Council of Australasian Museum Directors does not accept any liability to any person for the information or advice (or the use of such information or advice) which is provided on this website. The information on our website is provided on the basis that all persons accessing the site undertake responsibility for assessing the relevance and accuracy of its content. No responsibility is taken for any information or services which may appear on any linked web sites. Hostgator.
.