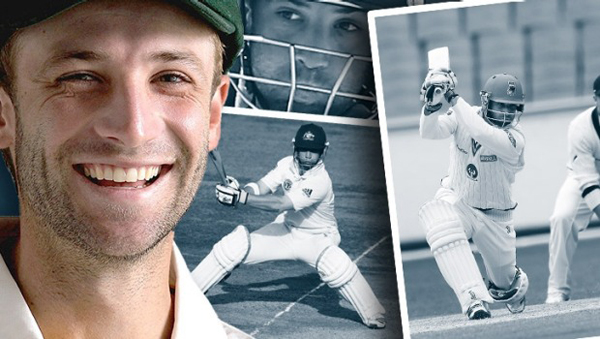 The death of Phillip Hughes prompted a professor of sports medicine to document the  in Australia.

Now that helmets are successfully protecting cricketers from fatal head injuries, a call is being made to protect them from deadly chest and neck injuries too.

Research published in the Medical Journal of Australia on Monday shows a direct blow to the chest has been the most common cause of death in the past 30 years.

Such a blow can induce a condition known as commotio cordis, Latin for agitation of the heart.

While high-level batsmen wear chest pads to protect their ribcages against fracture or bruising from balls travelling at more than 140km/h, the research suggests this does not offer protection against commotio cordis.

The death of Phillip Hughes four years ago prompted Peter Brukner, former doctor for the Australian cricket team and professor of Sports Medicine at La Trobe University, to document the history of cricketing fatalities in Australia.

No extensive long-term documentation of such deaths had been conducted in other countries where cricket is a major sport.

Hughes was struck by a ball on the back of his neck, below the protection of his helmet, causing a tear in the inner lining his vertebral artery. Although this can lead to a bleed in the brain, it is regarded as a neck rather than a head injury.

The study obtained details of 174 deaths directly related to cricket from 1858 to Hughes’ death in 2014.

A limiting factor in obtaining accurate figures was that after 1954, for copyright reasons, newspaper records were not accessible digitally. Modern coronial records were used too.

Over the past 160 years, people of all ages, from a baby to an umpire aged 78, have died from cricket injuries. The researchers found 83 deaths occurred in organised games and 91 in informal settings.

In these informal settings, schoolyard cricket accounted for 31 and backyard, street or beach games for 60 deaths.

Of the 83 people who died in organised cricket, one was female and seven were aged 14 or under.

Specific details were available for only 72 people who died in organised games. Forty-five were batsmen and there were 11 fielders, one bowler, six wicketkeepers, three spectators, three umpires, one bystander and two players struck by errant balls while preparing the pitch before play.