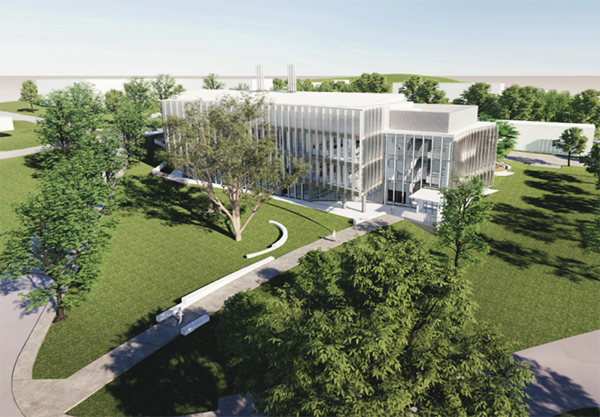 The CSIRO has proposed a new National Collections building be constructed at Black Mountain Science and Innovation Park in Canberra.

According to its submission to the parliamentary Public Works Committee, the $70 million project would provide interactive spaces, office areas, laboratories, storage vaults and landscaped areas, and accommodation for 128 CSIRO staff and affiliates, as well as alterations of the existing Herbarium Building.

But CSIRO says these are currently housed in outdated and not fit-for-purpose buildings across CSIRO’s Black Mountain and Crace sites.

According to the CSIRO, a new building would ensure the preservation of the collections in a purpose-built facility that consolidates the existing national insect, wildlife and plant collections, while enhancing research access and use.

It would also enhance digitisation projects and genomic studies as well as biodiversity studies to address the big challenges of building resilient environments, biosecurity threats and food security.

“Enabling co-location of CSIRO’s collections will support development of the CSIRO Collection Management System which will revolutionise how we capture, store and retrieve digital information about CSIRO’s biological specimens,” the CSIRO said. 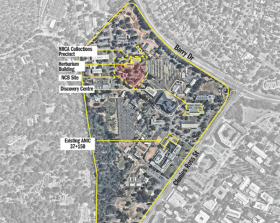 An aerial view of CSIRO’s Black Mountain site showing where the new Collections building would be constructed. Image: CSIRO.

It would eliminate costly duplication and rectify current deficiencies such as the risky environment collection specimens face that necessitate the use of chemical pesticides.

It would also offer a better work environment for staff and allow for growth over the next 20 years.

The new building is proposed to be sited adjacent to the existing herbarium and will be funded through a National Collaborative Research Infrastructure Strategy Grant ($43 million), and CSIRO internal capital for planning and construction ($27 million).

Relocation of specimens will cost $2.2 million and not be complete until February 2024.

CSIRO says three threatened bird species listed under the Environment Protection and Biodiversity Conservation Regulations Act may occasionally occur within the proposed site but the area does not contain habitat of any importance and the project will not have a significant impact on any of these species.

No flora species or ecological communities listed under the EPBC Act are likely to occur within the area.

CSIRO says two Commonwealth Heritage places within the CSIRO Black Mountain site are located outside the boundary of the project area and there is no identified or expected Indigenous heritage or early European heritage values within the proposed area, but it will monitor excavation with the assistance of an Indigenous heritage consultant and archaeologist.

The project will require PWC and National Capital Authority approval, and CSIRO is expecting construction to start in January next year with completion in August 2023.