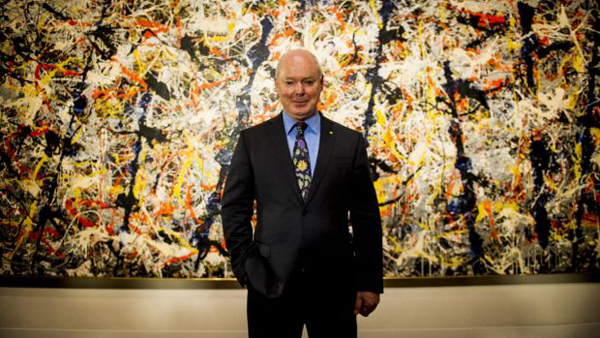 Doug Dingwall & Tom McIlroy, National Gallery of Australia slashed 10 per cent of staff after budget cuts, The Canberra Times, 24 May 2017

Canberra’s national gallery will not reverse a 10 per cent staffing cut despite a budget windfall restoring half its government funding slashed less than two years ago.

The National Gallery of Australia’s director Gerard Vaughan told senators at an estimates hearing on Wednesday it had to shed 20 of its 237 staff after a $3.94 million cut in December 2015.

He said 2016-17 had been a “challenging year” and described the gallery’s restructure, which made $2.2 million in savings, as a “difficult but interesting” process.

Full-time staff would remain at 217 despite a $1.94 million increase in gallery funding announced in the budget earlier this month, which Dr Vaughan said would go to other purposes.

Tighter finances had also forced the gallery to rotate its collections more slowly, from every six months to between nine and 12 months.

“We’ll essentially do the same things, we’ll just slow it down and take a bit longer to do it,” Dr Vaughan said.

However the gallery would not change its line-up of major exhibitions, which generated money and attracted large crowds.

The gallery had put plans to expand on hold, but was preparing a brief for the project.

National Museum of Australia director Mathew Trinca told senators it had increased staff by six to 223 while losing government funding after increasing its own-source income and starting renewal projects using its capital funds.

Its popular A History of the World in 100 Objects exhibition, a program touring from the British Museum which left Canberra in January, drew 178,000 visitors – double the number expected.

Museum of Australian Democracy at Old Parliament House director Daryl Karp said two positions would be added to her workforce after additional funding from this year’s federal budget.

The extra funding will bring staff numbers to 72, coming alongside capital works funding of $13.6 million for improvements to lighting, plumbing and “habitable office space”.

Ms Karp said some exhibition spaces at Old Parliament House would be renewed for the first time with the funds.

The National Portrait Gallery reduced its staffing by four after a previous $400,000 budget cut, although it shed three of these positions through natural attrition of departing staff.

It received an additional $150,000 to manage cost pressures this year and funding had been restored, director Angus Trumble said.

The gallery expected visitor numbers to drop this year by 7,000 to 424,000, but Mr Trumble said it was difficult to determine the cause.

Senator Paterson said the government could reduce national debt by selling the painting bought for $1.3 million by the Whitlam government, now valued at more than $350 million.

Senator Fifield said the government wouldn’t be selling the “destination” artwork, noting “decisions about the collection are ones for the council of the gallery”.