Paul Daley, Our major cultural institutions are in crisis – and our history is being militarised, The Guardian, 22 February 2016 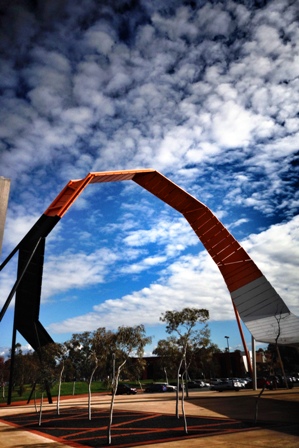 What price do we put on a nation’s memory? And what should that memory recall?

These questions are central to a crisis that is facing a number of Australia’s national cultural institutions as a federal government so-called “efficiency dividend” bites.

Efficiency dividend? How utterly imbued the public discourse has become with the narcoleptic anti-language of bureaucratese.

It’s a funding cut, announced in the last midyear economic and fiscal outlook, that slashed $36m from “cultural and collecting entities” – except the Australia Council – in the commonwealth arts portfolio. This translates to about $20m from the combined budgets of six major cultural institutions – the National Museum of Australia, National Portrait Gallery, Museum of Australian Democracy, National Film and Sound Archive, National Gallery of Australia and National Library – over the next four years. It compounded another cut delivered in the 2015/16 budget.

It’s instructive, I think, that the Australian War Memorial, which is both a collecting institution and a shrine (but administered by the Department of Veterans’ Affairs) faces no such cut from the latest midyear forecast. Indeed, preceding the federal government’s $330m-plus Anzac 100 commemorative frenzy, $32m was spent on upgrading the memorial’s galleries.

Meanwhile, the federal government is spending more than $100m on a questionable Anzac “interpretive centre” in France. The 50,000-plus Australians who died on the European western front in the first world war are already appropriately memorialised at Villers-Bretonneux and elsewhere.

This all alludes, of course, to an ever increasing militarisation of Australian history at the expense of other narratives – the peaceful transition to a federation, the murders of tens of thousands of Indigenous Australians, the significant role of women, for example – that also define national foundation.