May 20th, 2021 | Browse other: News. | Tagged with: Government plans to halve subsidy for higher-level arts and heritage subjects in England., UK Cultural leaders speak out against proposed cuts to arts education | 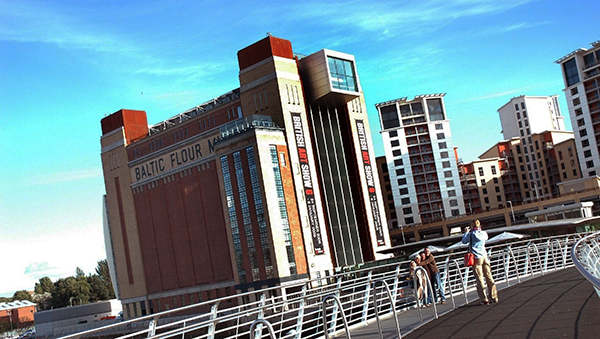 The director of the Baltic gallery in Gateshead is among those calling for the cuts to be revoked.

Government plans to halve subsidy for higher-level arts and heritage subjects in England.

Museums and other arts institutions have called on the UK government to revoke the proposed cut in funding for arts subjects in higher education.

A consultation by education secretary Gavin Williamson and the Office for Students published last week proposed halving the subsidy support for England’s higher-level courses on art and design, music, dance, drama and performing arts, media studies and archaeology during the 2021-22 academic year.

The funding is part of the £1.47bn teaching budget, which tops up income from tuition fees. The proposal would cut the subsidy for an individual student from £243 to £121.50.

Museums Association (MA) director Sharon Heal said: “The MA is concerned about the government’s plans to substantially reduce funding for arts and creative courses at universities in England on the grounds that they are not strategic priorities.

“The areas affected, including archaeology, art and music, are vital to a flourishing culture sector, and we urge the government to support entry to careers in these areas through a variety of routes including higher education and for people from all backgrounds.”

Meanwhile, art gallery leaders including the Baltic’s Sarah Munro, Tate director Maria Balshaw and the Whitechapel Gallery’s Iwona Blazwick are among more than 300 signatories of an open letter to Williamson protesting the cut.

Organised by the Contemporary Visual Arts Network, the letter seeks to remind the government “not only of the critical value of the arts to the UK’s economy but the essential role they play in the long-term cultural infrastructure, creative ambition and wellbeing of the nation”.

“This proposal will detract from one of the UK’s fastest-growing economies,” it continues. “The creative industries contributed £116bn in Gross Value Added in 2019 and support one in every 16 jobs.

“This success has been built upon the UK’s world-leading arts education and its entrepreneurial graduates – 65% of employees in the creative sector have a degree, evidencing the value of the universities and schools of art.”

The Visual Arts Alliance said the proposal would result in fewer arts courses being offered. “This will have a detrimental impact on our ability to retain our world-leading position, attract inward investment through our cultural capital and our share of the global art market,” it said.

“The knock-on effect would be less-skilled workers in the creative industries, reduction in investment for cultural regeneration; and decreased health and wellbeing driven through place-making agenda.”

A digital march will be held on 10 June, when creatives across England are invited to create a placard in any medium “sharing one ask, hope or need that they want the government to hear”.

See also: Is Boris Johnson really going to sacrifice arts degrees for the Conservative cause?