You are here: Home » Articles filed under: 'News' » Article: 'Culture and Climate Change' 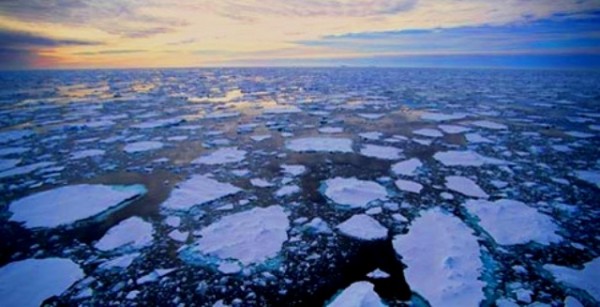 Human interference in the climate has brought us face to face with an inescapable need: to shift from a world based on burning fossil fuels to a “decarbonised” world. As strategic communication and social creativity hubs, cultural institutions must contribute to the transition to a new, “low-carbon” energy culture that protects the climate. Because new perspectives and intense social dialogue are necessary in order to encourage a significant cultural change.

For years, scientists have been warning of the inexorable, urgent need to stabilise atmospheric concentrations of CO2 and other greenhouse gases in order to avoid dangerous climate destabilisation. The challenge is enormous: a recent study published in Nature [1] magazine estimates that in order to have at least a 50 per cent chance of keeping global warming below 2°C, we must abstain from burning 80% of known coal reserves, 50% of oil reserves and 30% of gas reserves. Similarly, the European Union’s “low-carbon economy roadmap” suggests that by 2050, the EU should cut emissions to 80% below 1990 levels, and that this must be done by reducing actual emissions rather than through strategies such as emissions trading.

In spite of this, we have not even managed to stabilise, let alone reduce, global emissions of greenhouse (or heat-trapping) gasses: in fact, in the first decade of the 21st century they exceeded all previous levels, and they are increasing at a faster rate than they did in preceding decades [2].

It is crucial to admit that, so far, the social and political response has been inadequate. Social perception surveys [3] show that the majority of society recognises climate change as a real phenomenon, and attributes it to human activity. Studies also show that people are aware of its dangers, and recognise the need to take action to limit emissions. Nonetheless, practically speaking, our life continues “as if climate change did not exist”. It would seem that society has decided to ignore the issue in practical terms, to look the other way or to bury our heads in the sand like ostriches.

Research into the media coverage of climate change has found that the issue receives limited coverage, and, moreover, that its presence in the media has actually decreased substantially since 2007. And public opinion surveys agree that we are reading and hearing less about the subject all the time.

It is not easy to explain the fact that human societies around the world have collectively and more or less deliberately chosen to ignore a phenomenon that is often described as the major threat to human wellbeing this century.

The media played a key role in raising the profile of climate change and its dangers, but they have not done the same when it comes to helping us put the issue on our individual and collective agendas. As communications agency Futerra puts it: “climate change has become a permanent source of bad news, depicting a gloomy panorama without prospects for solutions, which does not motivate responsible action.” [4]

Climate change communication has focused on describing present impacts and the dangers and risks it poses. It is no coincidence that the most recognisable icon of climate change is a pair of polar bears stranded on a melting ice floe. But information about the dangers can be frustrating and deterring if it fails to include possible strategies that allow us to minimise them. Climate change denial, a refusal to admit the dangers, and an attitude of not wanting to know anything about the issue are the types of responses that can be sparked by the sense that the problem is not only threatening but also difficult to address.

Against this backdrop, cultural institutions, as strategic communication and social creativity hubs, can make valuable contributions: I will mention a few that may be particularly pertinent at this point in time:

Societies’ ways of responding to climate change and of making sense of the phenomenon are culturally constructed. This is why social communication is essential to building a culture of caring for the climate. Shall we help to build it?

[2]   IPCC (2014b). Climate change 2014. Synthesis Report. Contribution of working groups I, II and III to the Fifth Assessment Report of the IPCC. Geneva, Switzerland: IPCC.