February 28th, 2019 | Browse other: News. | Tagged with: class & social division and museums, disconnect between the arts sector and the public at large | 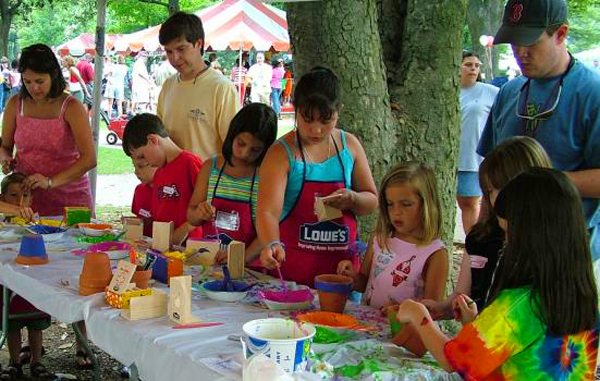 Janet Dancer on VisualHunt / CC BY

Little has changed in the ten years since John Holden first shone a spotlight on the damaging disconnect between the arts sector and the public at large. Could the mass realisation of personal creativity provide a way forward?

Almost a decade ago, I wrote a pamphlet called Culture and Class for Counterpoint, at that time the British Council’s think-tank. Judging by recent articles in AP, the publication of the Panic! Report, and Arts Council England’s (ACE) Creative Caseinitiative, it looks like the issue of class has at last risen up the agenda.

If culture is to help break down class divisions and inequalities, rather than reinforce them, then culture itself must be created by and for everyone

Back in 2010, the arts sector was worried about ethnicity, gender and disability – but not class. There wasn’t much data on the subject and, in any case, many people in the arts and the creative industries believed they were working in a meritocratic sector where class was not an issue. In the intervening period new attempts have been made to define class, a great deal of fresh data has become available, and Brexit has concentrated minds on social division.

This new attention to class is welcome, but there is a danger of it becoming yet another self-regarding arts issue, focusing on complaining about what ACE is doing, and getting mired in definitional disputes about cultural democracy versus democratic culture. That must not happen because the stakes are too high.

Looking again at the Culture and Class report, some things have not changed. As Dave O’Brien said in AP last year, it is still the case that “both in the academic literature and in everyday British life, people disagree about what the term ‘class’ means”.

On top of that, if, as many people think, the type of culture you enjoy is one marker of class, then by definition the arts can never be ‘working class’ because class and culture define each other. By this argument, if the working or lower classes (cringeworthy terms) leave their cocoons and somehow emerge as middle-class butterflies because they listen to Radio 3, then they no longer count as working class precisely because they listen to Radio 3. We are still stuck in this catch-22.

Other unchanged aspects of class that I dealt with in the pamphlet were sneering cultural class condescension, from TV’s Little Britain to the West End stage; the retrogressive fiscal nature of public funding for the arts; and the bald fact that, as Tony Bennett put it in his excellent book Culture, Class, Distinction: “cultural preferences track lines of social cleavage”. They still do.

But the most disturbing continuity is the disconnect between the arts sector and the public at large. Robert Hewison, in an article for Apollo1, quoted a survey showing 45% of respondents wanted to cut funding for the arts, with only 9% wanting an increase. We like to think with Ed Vaizey that the arts are ‘naturally outward-looking, collaborative and internationalist’, but that’s not what people voted for in the EU referendum. The cover of my Demos 2006 pamphlet Cultural Value and the Crisis of Legitimacy called culture a closed conversation, and said: “What culture needs is a democratic mandate from the public.” That still stands, but I would now add that the disconnect harms democracy as much as it harms culture.

So where do we go from here?

It would be absurd to suggest that the arts should abandon liberal values and align themselves with populist politics. The UK’s cultural reputation and its economic strength in the creative industries are both rooted in the social attitudes shared by the current audience for the arts: “younger, university-educated, metropolitan and multicultural”, as Hewison puts it.

In Culture and Class I said that we needed to redefine cultural capital in exactly this way: as an attitude of cosmopolitan confidence when dealing with eclectic historic and contemporary world cultures, rather than as something to be found in a canon of western ‘great works’. That type of cultural cosmopolitanism is hated by Brexit extremists: “If you believe you are a citizen of the world, you are a citizen of nowhere. You don’t understand what citizenship means.” But it is worth striving for, for everyone.

Sadly, Ofsted’s recent draft statement on cultural capital is retrogressive. While welcome in itself, and rightly describing cultural capital as part of “the essential knowledge that pupils need to be educated citizens”, it thinks that pupils should simply be “introduce(ed)… to the best that has been thought and said…”

The words are a direct quote from the critic Matthew Arnold (himself a former schools inspector) written in 1869. Arnold also wrote that the “practical benefit… of culture…(is) a principle of authority, to counteract the tendency to anarchy which seems to be threatening us”. In other words, he put forward culture as a means of keeping the working classes in their place. Surely Ofsted can do better than this, and come up with something relevant to this century rather than the one before last?

By contrast, Culture and Class argued that developing cultural capital, in its new form of cultural cosmopolitanism, involved both increasing access in the traditional way (because that approach does help individual social mobility) and rethinking the ways in which culture itself can be shaped in more democratic ways. Pupils, and the rest of us, should be makers and creators of culture, and comfortable with a vast range of work beyond the best that has been thought and said.

Towards a classless society

The current debate about culture and class focuses on problems: not enough C2s and Ds in the audience or the workforce; middle-class closed shops in the creative industries; unpaid internships; retrogressive taxation. Culture is certainly part of the problem of class inequality, but maybe culture could hold some of the answers. Instead of affirming class divisions and perpetuating economic and social advantage, could culture offer a route out of disadvantage not just for a few artists and performers but for large numbers of people?

Deprivation tends to be multiple. Unemployment, ill health, disability, poverty, educational performance and so on tend to overlap. Advantage also tends to be multiple. Could the role of culture be turned on its head, with a democratically determined and inclusive culture undermining rather than perpetuating social division? Could a re-imagining of culture as something that people develop and create together re-orient us towards the goal of a classless society? And could the mass realisation of personal creativity offer a new economic model, producing a kind of capitalism that is not simply about increasing GDP and accumulating money, but about the growth of human capacities and the human spirit?

These may seem grandiose and radical propositions, but it is culture that shapes society as much as the other way round. As Culture and Class concluded: “In a modern democratic society, the ability to understand and engage with the rich variety of cultures that everyone encounters is a precondition to being able to play a full part in contemporary life. A lack of cultural confidence places limits on social mobility. But more importantly, the capacity to express oneself is a mark of freedom, and an exercise of power. If culture is to help break down class divisions and inequalities, rather than reinforce them, then culture itself must be created by and for everyone.”

John Holden is Visiting Professor at the University of Leeds and one of the Three Johns and Shelagh.