Is the “slippery slope” on the verge of becoming even more treacherous? In conversations with its members this week, the Association of Art Museum Directors discussed whether the organization should consider (not immediately enact) an indefinite extension of the two-year relaxation of its time-honored deaccession guidelines, which had prohibited the use of art proceeds for anything other than acquisitions.

Acknowledging the existence of its members’ unannounced deliberations, an AAMD spokesperson, Sascha Freudenheim (co-founder of PAVE Communications & Consulting), told me that a narrow majority of the 179 museum directors who participated last week “voted against consideration of a change in AAMD’s deaccession policy,” which might have extended beyond two years the relaxation of deaccession guidelines. (AAMD members currently total 227.) That loosening of the rules, allowing deaccession proceeds to be used for collection-care (not solely for new acquisitions), is due to expire in April of next year. “At this point, we cannot speculate on what the discussion might be 11 or 12 months from now, except to say that the Board will evaluate whether any extension to the resolutions is warranted,” Freudenheim told me.

In other words, it ain’t over ’til it’s over. (AAMD tweeted about these deliberations here.)

As I had reported previously, the Metropolitan Museum put itself at the center of these controversial considerations with its premature revelation that it might take advantage of AAMD’s loosened strictures, which subjected it to a chorus of condemnation. As its president, Dan Weiss, reiterated Wednesday in the introduction to A Year of Mission and Challenges, his joint report with its director, Max Hollein: “The world, our city, and our Museum were rocked by three intersecting crises: the COVID-19 pandemic, the ensuing global financial crisis, and the movement for social and racial justice,” which have posed extraordinary challenges. 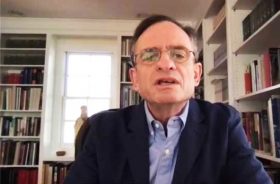 Hollein briefly touched on the Met’s deaccessioning dilemma in his prepared comments for the Met’s press briefing (via Zoom) on Wednesday:

It’s important to note that we have been deaccessioning works for decades and we have a very robust, very professional deaccessioning practice. The AAMD created an exception to the guidelines that allows museums to use funds that are generated through deaccessioning, for a very limited time period, for salaries of collection-care workers.

We are currently considering using that exception to help support our budget and our staff during this unprecedented crisis. The deaccessioning will not be anything out of the ordinary from what we’ve done in previous years or decades, and if we do it, it will be a very temporary measure. [Emphases added] 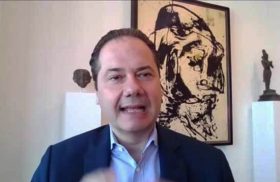 One can imagine how hollow Hollein’s professed concern for helping to “take care of our staff” must have seemed to the scores of employees who were let go during the pandemic-related bloodletting over the past year:

—Some 80 laid off last April

—Another 79 whose positions were cut last August

—Some 90 who took voluntary retirement in August

—Some 45 non-union employees and 136 unionized employees who were furloughed “effective August 30, until further notice,” according to the Met’s letter to staff (which I had obtained). That letter stated: “We expect these furloughs to last no longer than six months.” But Kenneth Weine, the Met’s chief communications officer, told me recently that the Met is “not trying to bring back those that were let go.” 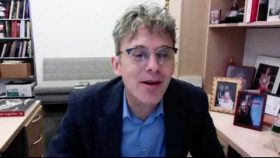 I’m not saying that the Met shouldn’t have streamlined its staff. These cuts were arguably unavoidable, given the $150-million shortfall in revenues and the fact that some 65-70% of the Met’s expenses consist of salaries. That said, its leaders shouldn’t seek to minimize the pain inflicted by this purge by declaring that they are “taking care of our staff.”

But back to AAMD’s new temporary guidelines and how the Met has responded: AAMD says nothing about funding “salaries of collection-care workers” with proceeds from art sales, which the Met says that it plans to do. What AAMD does explicitly envision is “support [of] the direct care of the museum’s collection….AAMD’s longstanding principle that the proceeds from deaccessioned art may not be used for general operating expenses remains in place.” The Association has left it up to individual museums to define what “care of the museum’s collection” means, which I regard as an abdication of AAMD’s responsibility.

The Met’s willingness to deviate from its time-honored practice of applying deaccession proceeds exclusively to acquisitions was foreshadowed in its Fiscal 2020 annual report, which (on p. 56) stated the following:

In March 2019, the FASB [the Financial Accounting Standards Board] issued ASU 2019-03, Updating the Definition of Collections. The new ASU aligns the US GAAP definition of collections with the American Alliance of Museum’s current policy regarding the management of collections. Under the amendments, the definition of collections will be expanded to allow the proceeds from sales of collection items to be used in the direct care of existing collection items [emphasis added]. Entities can allow proceeds to be used for both direct care and acquisitions, or they can retain the narrower definition and continue to restrict the use of proceeds to the acquisition of new collection items consistent with the current US GAAP definition. The amendments in this update are effective for fiscal years beginning after December 15, 2019 (fiscal year 2021 for the Museum), with early adoption permitted. The Museum is evaluating the impact of this standard on the financial statements.

I understand and sympathize with museums that now feel that their very survival (or their ability to function effectively) is in the balance. That’s almost always been the plight of museums that have taken the perilous path of flouting AAMD’s professional standards. The association has responded to these violations with censure or expulsion. The difference here is that major, highly regarded museums (not just the lesser known ones with longstanding challenges to their survival) are now suffering and grasping for a lifeline. AAMD cannot easily turn its back on them.

Speaking of lifelines, the $470 million earmarked for cultural organizations in the recently enacted $1.9-trillion federal stimulus package ($135 million each for the National Endowment for the Arts and the National Endowment for the Humanities, and $200 million for the Institute of Museum and Library Services, as reported by Sarah Cascone of Artnet) may inspire others to join the rescue effort.

Cue the megabucks donors and the matching grants!