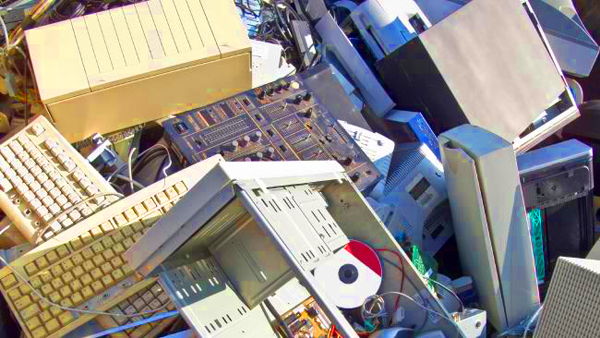 Finding, editing and capturing digital content is a challenge for museums.

Matthew Westwood, The digital museum of now is preserving our online culture, The Australian, 7 February 2017

The museums of tomorrow may be not only repositories of dinosaur bones or paintings by Leonardo da Vinci, but also of relics from the digital age. But how should collecting institutions, many of which were founded in the 18th and 19th century, and which maintain tangible rather than digital collections, deal with the terabytes of daily data that record so much of modern culture?

There are at least two ways in which museums may confront the problem.

A few years ago Seb Chan, formerly head of digital media at the Cooper Hewitt design museum in New York, acquired the first app for the museum’s collection.

It was an iPad app called Planetary, which visualised the user’s music collection as planets in the solar system.

“We worked with the creators, and we collected and open-sourced the code for the software itself,” Chan says. “Part of that was about trying to preserve the idea of the software, and what it was trying to do, rather than just the form of it in 2010 … It was very different to collecting a painting or a piece of furniture, because it was a very fragile object that was not able to run on contemporary iPads.”

Contrast that collaborative, museological approach with that of the Archive Team, a group of digital hunters and collectors who stalk the internet for forgotten websites, games and software. They don’t wait for permission from the content owners: indeed, the Archive Team’s “three virtues” are rage, paranoia and kleptomania. Founder and editor-in-chief Jason Scott says he is motivated by the belief that what is not captured today will be lost tomorrow.

Scott will give a keynote ­address at this month’s Museum Next conference in Melbourne, where local and international speakers will discuss innovation in exhibition presentation, education programs, digital outreach and visitor engagement. Visitors to the conference hosted by the Australian Centre for the Moving Image include delegates from the National Gallery in London, the Smithsonian Institution in the US and the yet-to-be-built Science Gallery Melbourne.

Chan, who joined ACMI in 2015 as chief experience officer, helped bring the conference to Melbourne and is among the 60 speakers at the event.

Scott will be speaking about the challenges of archiving digital media that — despite the seeming depthlessness of the worldwide web — is in danger of being lost.

He became involved in archiving to save content from the 1990s web-hosting service Geocities. The site allowed people to make their own websites and content: by the time of the dotcom boom it had more than 38 million user-built pages. Geocities was acquired by Yahoo in 1999 but the tech giant failed to make it thrive, and closed it down in 2009.

Scott says when sites such as Geocities are shut down, it’s often with little warning and people’s content can be lost forever.

“A classic example was when young mothers took baby photos and put them on the service,” Scott says. “Then the service gets closed down without them telling anybody.”

The Archive Team began harvesting Geocities sites and made them available as a torrent file. It has also collected material from Yahoo Answers, Google Reader, social media app Vine, and games such as the 1980s arcade video game Berzerk. (Scott doesn’t play it, but keeps it open on a desktop window just because “it makes me happy to see it’s there”.)

Another project, with greater political consequence, is the collection of television news clips about US politics. The work is being done by the Internet ­Archive, a not-for-profit group with which Scott is affiliated, and which allows users to search and analyse news content. It has recently launched the Trump Archive with more than 700 speeches, interviews, debates and news items about the former businessman turned US President.