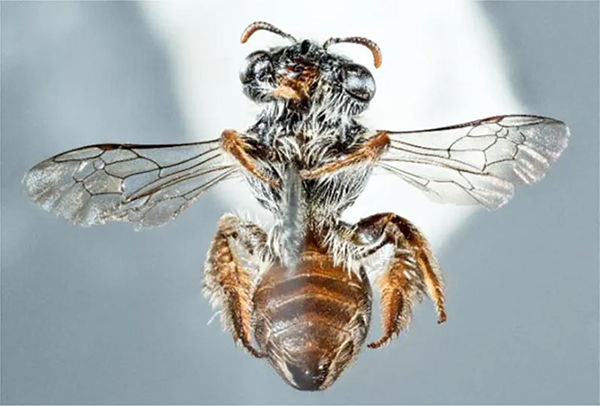 A new native bee species with a dog-like “snout” has been discovered in the Perth bushland of Western Australia. It was identified through Curtin University-led research that sheds new light on our most important pollinators.

Dr Kit Prendergast, from the Curtin School of Molecular and Life Sciences, named the new species after her pet dog Zephyr after noticing a protruding part of the insect’s face looked similar to a dog’s snout. The name also acknowledges the role her dog played in providing emotional support during her PhD. Dr. Prendergast is the author of a paper on the discovery that was published on October 31 in the Journal of Hymenoptera Research.

According to Dr. Prendergast, the rare and remarkable finding would add to existing knowledge about our evolving biodiversity. It would also ensure the bees, named Leioproctus zephyr, were protected by conservation efforts.

“When I first examined the specimens that I collected during my PhD surveys discovering the biodiversity of native bees in urbanized regions of the southwest WA biodiversity hotspot, I was instantly intrigued by the bee’s very unusual face,” Dr. Prendergast said. 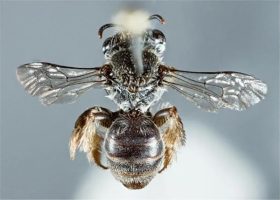 “When I went to identify it, I found it matched no described species, and I was sure that if it was a known species, it would be quite easy to identify given how unusual it was in appearance.

“You can only confirm a particular species once you look at them under a microscope and go through the long process of trying to match their characteristics against other identified species, then going through museum collections.

“When perusing the WA Museum’s Entomology collection, I discovered that a few specimens of Leioproctus zephyrus had first been collected in 1979, but it had never been scientifically described.”

Dr. Prendergast said she was excited to play a role in making this species known and officially naming them.

“Insects in general are so diverse and so important, yet we don’t have scientific descriptions or names for so many of them,” Dr. Prendergast said.

“The Leioproctus zephyr has a highly restricted distribution, only occurring in seven locations across the southwest WA to date, and have not been collected from their original location. They were entirely absent from residential gardens and only present at five urban bushland remnants that I surveyed, where they foraged on two plant species of Jacksonia.

“Not only is this species fussy, they also have a clypeus that looks like a snout. Hence, I named them after my dog Zephyr. She has been so important to my mental health and well-being during the challenging period of doing a PhD and beyond.”

Dr. Prendergast was able to confirm that the new species was most closely related to other species of unidentified Leioproctus through DNA barcoding.