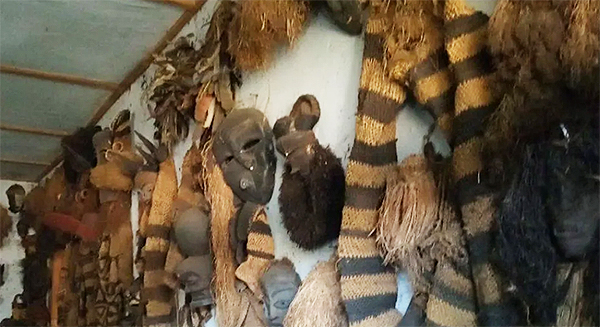 Thousands of historic artefacts have been destroyed in the Congolese town of Gungu after a private museum burnt to ashes.

The objects at the National Museum of Gungu represent one of the Democratic Republic of Congo’s most important collections, says the BBC’s Emery Makumeno in the capital, Kinshasa.

The cause of the fire is still unclear.

A museum guard noticed the building was burning at around 23:00 on Thursday night, according to a local official quoted in Congolese media.

Franck Gatola Mungiela is calling on the Ministry of Art and Culture as well as the Interior and Security Ministry to investigate the cause of the fire in Gungu, some 650km (400 miles) south-east of the capital, in Kwilu province.

“A national treasure is now gone. It’s imperative to conduct a serious investigation into what happened,” Mr Mungiela is quoted as saying on news site 7sur7.

Similar sentiments were echoed by the president of the civil society of Gungu, who said the museum was the “pride” of the area, according to DR Congo’s Radio Okapi.

“Tourists come from Europe and all over the world to visit that museum,” Joachim Kusamba told the station.

The majority of the works of art in the museum were from the cultural tradition of the Pende people, according to 7sur7.

They were a key part of the annual Gungu festival.