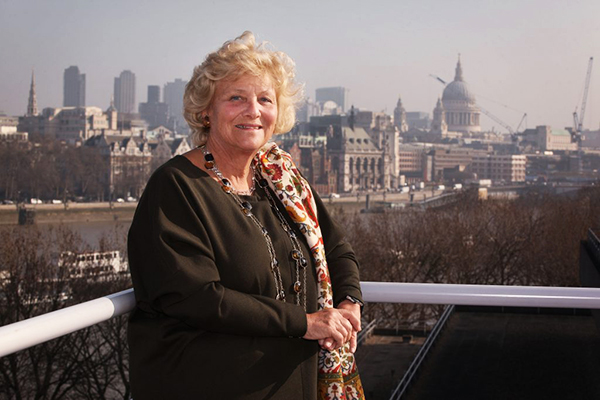 An English philanthropist has stepped in to help the UK’s beleaguered arts sector with her own £2.5 million ($3.2 million) rescue package aimed at restarting cultural organizations’ education programming.

Dame Vivien Duffield made the announcement on Wednesday at London’s Royal Academy. She is making the generous donation through her charitable foundation, the Clore Duffield Foundation, which has provided organizations with some £30 million ($38 million) over the past two decades to establish education and outreach centers called Clore Learning Spaces at their institutions. The cash infusion will support education and community work in the social-distancing era.

“This donation is to help the institutions take the necessary precautions, and where possible start their learning programs in person,” Duffield said.

The grant recipients include 21 museums and 19 galleries around the UK. The Tate galleries are receiving the largest grant (£300,000 across all four galleries). Other recipients include the Royal Academy and the Victoria & Albert Museum. All three of these institutions have announced in recent months plans to cut staff to ensure their survival. Although the money from Duffield—who inherited her fortune from her father, property magnate Sir Charles Clore—is earmarked to support learning and community work rather than to stave off staff cuts, she said it can also be used “to help retain and support the learning teams which are in danger of being dispersed.”

Duffield hopes the funding will enhance organizations’ digital offerings to improve access to education as well as help them safely bring back community groups for in-person activities.

At the announcement this morning, Tom Morris, the artistic director of the Bristol Old Vic theater, spoke to the “extraordinary transformative value of providing creative opportunities for young people” and said he hopes the donation sends a message to other arts benefactors, including the UK government, to “argue very clearly about where the next available funds should be spent.”

The UK government is in the midst of allocating its £1.57 billion ($1.9 billion) bailout for the culture sector, although it has said it will prioritize institutions whose very survival is at stake.