You are here: Home » Articles filed under: 'News' » Article: 'Daryl Karp AM on MoAD as open & welcoming &'

Daryl Karp AM on MoAD as open & welcoming & 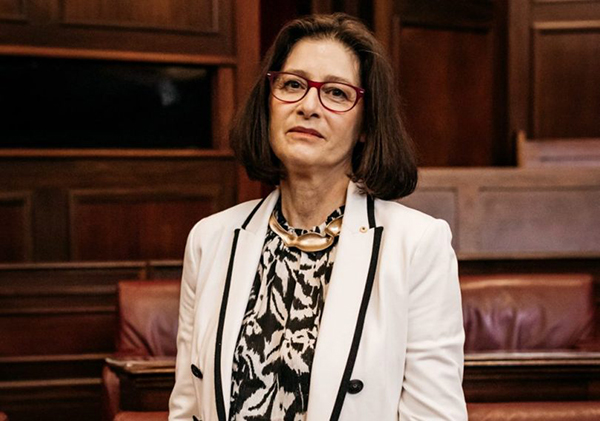 Ian Bushnell, Daryl Karp leaving the Museum where people have voted with their feet, The Riot Act, 16 April 2022

Daryl Karp is leaving the Museum of Australian Democracy under an unexpected shadow after years of building an institution that encourages Australians to engage and participate in their political system.

The protest fire on 30 December last year that badly burnt the historic front entrance of Old Parliament House and closed the Museum damaged more than the hardware; it also seared the confidence in running an institution in the spirit of the democratic values it purports to reflect and uphold.

It’s Ms Karp’s biggest disappointment of her nearly decade-long run as MOAD director and her most significant concern for the institution’s future.

She said nobody expected a protest to get out of hand so quickly and a fire to be lit.

“So the question for us is what kind of security do we have moving forward because one of the features of Australia’s democracy has always been that it has been transparent and open,” she said.

“So finding that balance between a museum that is open and welcoming and that is reflective of the strength of our democracy at the same time as keeping visitors safe and not encouraging other unlawful behaviour is a really interesting challenge.”

It’s one that will no longer be her responsibility but after such a long and intense commitment to MOAD, letting go will be hard.Ms Karp describes her departure in June to become the director of the Australian National Maritime Museum (ANMM) in Sydney as a beautiful confluence of timing.

Her second term at MOAD expires next year and there can’t be a third.

With very few museums and institutions that she would be interested in, the ANMM role was one that excited her, combining her two passions of science and history which had driven her career in media and television before taking on MOAD.

“The two come together in the Maritime Museum – Australia being an island nation, ocean history, maritime history, all of those elements come together,” Ms Karp said. 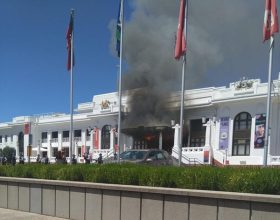 Before she goes Ms Karp will open the third of the refreshed permanent galleries on 21 June, the Australian Women Changemakers gallery, which she describes as an ongoing journey of change as told by key women.

Her great regret is that COVID and the fire have delayed the opening of the first of the galleries – What is Democracy? – in time for the election but the second gallery Democracy DNA: The People, Prime Ministers and the World will be ready for the reopening of the Museum on 28 April.

“If you do one thing, come visit the gallery and then vote,” she urged.

When Ms Karp took over the Museum, it was only a few years old and she inherited strong foundations but a low profile and not much foot traffic.

“There were days when there were more staff on the floor than visitors,” she recalled.

That’s all changed now, and MOAD is one of the must-see destinations in Canberra, with the visitor experience and storytelling at the heart of its success.

“There has been a substantial growth … but it’s not just about the numbers but how we do it,’ Ms Karp said. “And the idea that visitors can see themselves both in the museum and in our democracy.”

But the feedback from politicians has not always been so positive and it is understood some Liberal MPs have complained that their party is not represented as much as they’d like.

Ms Karp is understandably diplomatic when asked about any disquiet from politicians.

“We would not be doing a good job if we didn’t have both positive and disapproving moments from both sides of politics from time to time,” she said.

She takes the same approach to the perennial issue of funding.

“Talk to me about any museum where funding has not been an issue,” she said. “The reality is all cultural institutions struggle for funds.”

Funding continued to be challenging but she was grateful to the current minister Ben Morton for securing capital funds to maintain the nearly 100-year-old building.

While Ms Karp has family in Sydney, except for one child who has decided to move to Canberra, the national capital has left its mark on her and it would not surprise her if she returned to this “extraordinary” city and its people.