You are here: Home » Articles filed under: 'News' » Article: 'DCMS & ACE “Levelling Up for Culture Places”'

March 9th, 2022 | Browse other: News. | Tagged with: ‘Challenging’ cuts in London as ACE levels up regional investment, Levelling Up for Culture Places, outcomes and investment principles of Let’s Create | 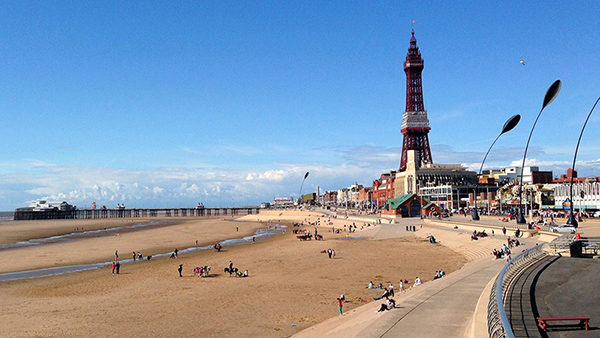 Blackpool is one of 109 priority places that will receive additional investment under the arts councils plan’s Pixabay.

An additional £75m will go to areas outside London over the next three years.

Cultural institutions in London will face “challenging” cuts as Arts Council England (ACE) implements the government’s levelling up agenda through its funding programme.

The Department for Digital, Culture, Media and Sport (DCMS) has given ACE an overall increase in support of 6% (£43.5m), over three years. The culture secretary Nadine Dorries has said this uplift must be invested outside London.

In addition, ACE has been told to reallocate at least £24m of investment per year from London to areas outside of the city. Where possible, this will benefit the 109 Levelling Up for Culture Places identified by the arts council and DCMS as needing extra engagement and investment to support their arts offer.

Overall, an additional £75m will be invested in areas outside London over the next three years.

London mayor Sadiq Khan has criticised the government’s plans, arguing that they will damage the capital’s creative sector.

“The government’s decision to significantly cut funding for London arts organisations will not only deliver a devastating blow to our city’s creative sector, but also damage the UK’s recovery from this pandemic.

“What it fails to acknowledge is that before the pandemic London’s culture and creative sectors were generating billions for the economy, attracting tourists in their millions and supporting businesses across the country. Culture is the reason that four out of five tourists visit London, and the capital is a gateway to visiting the UK. London visitors go on to spend over £640m in local economies outside of the capital. This hurts efforts to level-up and simply makes no sense.”

Khan also said that the cuts would hit poorer communities. “London has some of the most deprived communities in the country,” he said. “Cutting arts funding for these communities is the opposite of levelling-up. It’s absolutely right that everyone in the country should have access to the arts – and that must include Londoners in less well-off areas too.”

ACE said that London will retain a significant investment of more £400m over the next three years and will continue to receive about a third of its NPO funding.

“We recognise the cuts will be very challenging and we will have to make difficult decisions to cut or reduce funding to strong organisations in London,” said an ACE statement.

“We do acknowledge this will have an impact on some people’s lives and livelihoods. So it’s important to us to make these decisions fairly, carefully and independently, through an open process. We will aim for a balanced portfolio of organisations that best sustains the overall ecology of London’s cultural sector, its communities and its role as a global cultural centre.”

ACE also acknowledged that its funding needs to be more fairly distributed in London.

“We recognise that our investment is currently unevenly distributed across the capital and we are committed to addressing that through our funding, and particularly through our support for the five priority places we identified as having the greatest potential,” said the statement.

Overall, ACE will continue take into account the race, sex, disability and socio-economic background of an organisation’s board and senior management when making funding decisions. It will also consider where applicants are based, the artforms or disciplines they work in, the type of organisation they are, and the ways their work addresses the outcomes and investment principles of Let’s Create.

In another effort to meet the levelling-up agenda, all London-based applicants to the 2023-26 Investment Programme, including museum organisations, will be asked if they are willing to relocate outside the capital. But ACE does not expect organisations with public-facing buildings to consider relocation, and there is no budget available to support such moves.

See also: Priority Places and Levelling Up for Culture Places