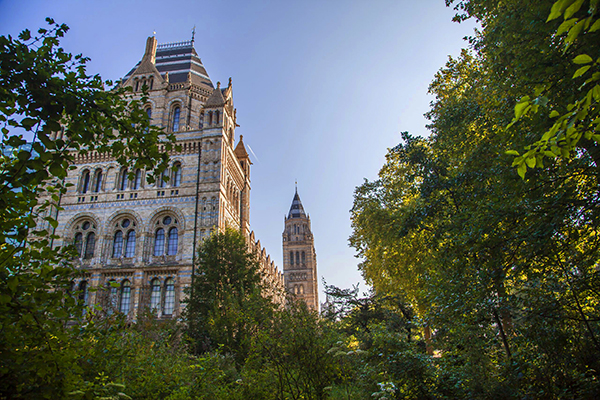 Nationals such as the Natural History Museum in London have been asked to cut executive pay.

A letter sent by UK culture secretary Oliver Dowden to national institutions in England has caused concern in the museum sector that the government is overstepping its reach.

In the letter, which was sent following the announcement of the government’s £1.57bn rescue package for culture, Dowden urged institutions to cut executive pay and make greater efforts to commercialise in order to continue receiving state funding.

The letter, which was leaked to the press last month, told museum directors to “take as commercially minded an approach as possible, pursuing every opportunity to maximise alternative sources of income”.

The culture secretary warned that he would not “be in a position to make the case for any further financial support for the sector” if the nationals don’t generate more income themselves. He suggested measures such as “monetising digital offers”, as well as hospitality and trading activities, in order to grow their revenue.

He told the nationals that he would be disappointed “if it becomes apparent that revenue-enhancing opportunities were available to your institutions and you did not maximise them”.

Museums Journal understands that there is concern that the letter “tests the arms’ length principle” intended to keep the culture sector free from political interference, and that the reference to executive pay is an attempt to score “political points” in the run up to the Comprehensive Spending Review this autumn.

There is also dismay among some nationals at the tone of the letter at a time when their revenue-generating opportunities have fallen sharply. Prior to Covid, many institutions had made significant strides towards increasing self-generated income, with the British Museum growing its commercial revenue from 40% to 60% of its overall budget over the past decade.

The Department for Digital, Culture, Media and Sport (DCMS) directly sponsors 17 museums or museum groups in England. Several of those confirmed to Museums Journal that they had received the letter.

A spokesman from Imperial War Museums (IWM) said: “We continue to work closely with DCMS to address the challenges currently being faced by IWM and by other national museums as a result of the coronavirus pandemic, and to ensure that we can remain financially sustainable in the future.”