You are here: Home » Articles filed under: 'News' » Article: 'Deaccessioning and the 7th Commandment'

Deaccessioning and the 7th Commandment

October 23rd, 2020 | Browse other: News. | Tagged with: Association of Art Museum Directors, long-standing prohibition against museums monetizing items in their collections, The Brooklyn Museum is deaccessioning some of its works of art | 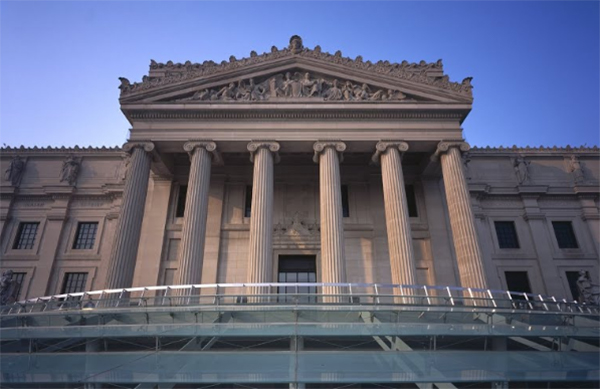 The Brooklyn Museum, one of the world’s great universal art museums (if it were in any other American city or world capital, it would be known as such), is deaccessioning some of its works of art. Backstory: the Association of Art Museum Directors (AAMD) had, as part of its code of ethics, a long-standing prohibition against museums monetizing items in their collections except to use the funds for purchasing more art. That element of the code has been lifted and the Brooklyn Museum management, with board approval, is selling art which they do not own (we all, citizens, own the art) and are using the proceeds not to buy more art, but to partially solve their financial problems. While this distinction may seem esoteric, the art museum industry professionals have held this restriction to be inviolate and have, in the past, censured art museums for ignoring this part of the code. In response to an impending financial crisis brought on by the pandemic, and basing their decision on faulty assumptions, the AAMD has relaxed the code temporarily for two years.

Now, a code of ethics is ephemeral – it does not carry the weight of law, and, while there are many good reasons for this restriction, none rise to news that would outrage the hoi-polloi. Yet, lifting this element of the code has unleashed some (predictably) unintended consequences, and, in the case of the Brooklyn Museum, the Everson in Syracuse, and the Baltimore Museum of Art (to name just a few), tortured rationales are offered. But ultimately, the museums are selling works of art and not using the proceeds to purchase others.

Codes of ethics can change or be enhanced to fit the situation (returning Nazi-plundered art to its rightful owner, for example). But once an organization, particularly the organization that creates the code, releases its adherents from following that code, particularly temporarily, the ephemeral nature of the code is exposed. Consider the seventh commandment, the prohibition against adultery. Imagine if Moses, or his current agents, were to omit the seventh temporarily. Not only does adultery and its various forms become acceptable and un-sinful, but there is then a license to practice it, and since there are some enticing reasons to “cheat” and no legal restrictions, it becomes rampant. And the ability for Moses, or in this case, the AAMD, to reverse that behavior, behavior that was (temporarily) encouraged, disappears.

Difficult times bring out the best in us, and sometimes, encourage the worst. The current manifestations around deaccessioning are beginning to be solved by the courts. Unfortunately, when ethics can no longer endure, we turn to the courts for resolution. The (museum) professionals are abrogating their authority to another group of professionals (lawyers). This issue’s resolution will take years; meanwhile, auction houses and private collectors will be the beneficiaries, not the public who owns the art.