September 7th, 2018 | Browse other: News. | Tagged with: connecting with policymakers, intersection of science and policy | 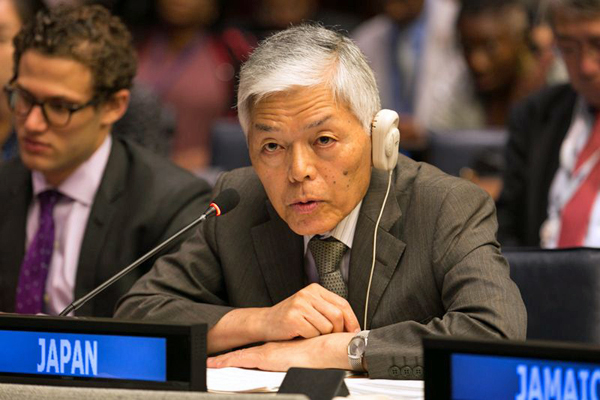 Megan Evans got a crash course in science policy in 2011. As a research assistant at the University of Queensland in Brisbane, she joined a project helping the Australian government to develop a tool to compensate for the environmental effects of commercial land development and other activities. If a protected species might be harmed, for example, the ‘biodiversity offset’ tool would help the government to determine how much extra habitat to set aside. Evans loved the project’s applied nature.

Many early-career researchers are drawn to the intersection of science and policy, says Evans, now an honorary research fellow at the Centre for Policy Futures at the University of Queensland. But it can be hard to know where to start, she says. And there can be career penalties for junior scientists. Policy-based work can be time-consuming and hard to fund, and helping to shape a law or management plan might not look as good on a tenure application as do high-profile publications. All scientists must also cope with the political realities of helping to translate scientific evidence — replete with uncertainties — into clear-cut laws and regulations. Because of this, many say, science can underpin good policy, but rarely defines it.

Even so, engaging in policy has never been more important, says Tateo Arimoto, a science-policy expert at the National Graduate Institute for Policy Studies in Tokyo. Society and the world are changing rapidly, he says, and policymakers need scientific evidence to guide decisions on issues from climate change to artificial intelligence. “The mission of modern science is not only creating new knowledge,” he says, but “using scientific knowledge to address social issues”.

Researchers can take proactive measures to increase the policy impact of their work. They should establish strong relationships with elected officials or government staff members, and learn to provide clear and concise summaries of existing scientific evidence to help policymakers to understand the options. Scientists and policymakers can also collaborate on projects aimed at real-world questions. The important thing is to be humble and open, Evans says. “If you want to engage with policy, you need to go cap in hand, and say, ‘How can I help?’”

The first step, Evans says, is to connect with policymakers. In a paper this July designed to help other early-career scientists to navigate the policy landscape1, Evans and Chris Cvitanovic, a researcher at the University of Tasmania’s Centre for Marine Socioecology in Hobart, suggest that scientists first observe how policymaking works for their issue of interest. Approaches such as reading the news and setting up Google alerts for relevant keywords are helpful, they say.

Then, scientists can determine who in the policy world might be interested in particular aspects of their work and why, and how those people interact with one another. Lawmakers, officials in a national government’s executive branch and their aides could be one audience, as could staff members at government agencies who implement those policies. Evans recommends sketching a map of potential contacts that researchers can refine over time.

Senior scientists with existing policy contacts can help early-career researchers to make connections. Scientists can also introduce themselves and their work to the legislators who represent their home districts. “It can be as simple as getting out of the office and going to talk to people face to face,” says David Rose, an environmental geographer at the University of East Anglia in Norwich, UK, who studies science and policy. He also advises scientists to contact groups of lawmakers who are interested in the issues they study. For instance, members of the US Congress have created caucuses, or alliances, to advance neuroscience and planetary science. The United Kingdom has all-party parliamentary groups on such topics as cancer and wildlife conservation, and, in Australia, parliament has ‘friendship groups’ focused on science and medicines.

Rose also recommends setting up meetings with government employees who provide science advice to lawmakers, such as members of the European Union’s Parliamentary Research Service, or government science advisers. Peter Gluckman, who was chief science adviser to the prime minister of New Zealand until June 2018, says that for maximum impact, written letters highlighting an issue or providing science advice should come from a professional society, institute or national academy. Still, blogging and using social media can increase visibility for scientists and the issues they want to emphasize, Evans says, and Twitter can help in connecting with key policymakers.

Researchers might also forge fruitful relationships with employees of the government agencies and departments that work to enact existing legislation. For example, California laws require the state to reduce its greenhouse-gas emissions by 40% below 1990 levels by 2030, partly by storing more carbon in soils. So Katharine Mach, a climate-assessment scientist at Stanford University in Stanford, California, has been helping the state’s agriculture, forestry and other agencies to evaluate the benefits of land-management practices such as adding compost or charcoal to soils.

Mach and her colleagues joined the effort at the invitation of the S. D. Bechtel, Jr. Foundation and the David and Lucile Packard Foundation, both in California, which sought the researchers’ expertise in policy-relevant climate science. But Mach says that scientists at any career stage can help to shape government programmes. One effective way, she says, is to submit letters and evaluations when officials solicit public feedback on proposed regulations or plans of action. “Those are incredibly important and also kind of fun,” she says. “You are thinking in real time about a good approach.” She signs up to government e-mail lists to stay apprised of upcoming workshops and requests for input. (Alternatively, Evans says, researchers can make connections by offering to give a talk at an agency or in a department’s regular seminar series.)

Toni Lyn Morelli, an ecologist at the US Geological Survey in Amherst, Massachusetts, recommends attending a variety of conferences. She wanted to connect with state wildlife officials about her work on the future of streams in which cold-water fish live. She decided against organizing a session at the annual meeting of the Ecological Society of America because she knew that few managers would attend. So she went to a conference hosted by the Northeast Association of Fish and Wildlife Agencies, where she reserved a room and invited managers to stop and talk — and eat pizza. “We got great people.”

When scientists get involved in policy, they should be careful not to advocate for specific solutions, warns Gluckman. Instead, he says, quoting from a book by political scientist and public-policy expert Roger Pielke Jr, a scientist should be an ‘honest broker’, helping policymakers to understand possible policy options and their consequences.

This was Craig Downs’s approach when he helped Hawaiian legislators to draft a bill to ban sun creams containing chemicals that research from Downs and others has shown to be harmful to coral reefs2. Downs, an ecotoxicologist and director of the non-profit Haereticus Environmental Laboratory in Clifford, Virginia, explained to lawmakers the chemicals’ impacts and the implications of policy options, such as imposing a temporary or a permanent ban, but didn’t advocate for one in particular. He knew that legislators had to balance many factors, including how the ban might affect sun-cream manufacturers. (Facing strong public pressure, the lawmakers passed a permanent ban in May. It was approved last month.)