You are here: Home » Articles filed under: 'News' » Article: 'Decolonising the museum round-up' 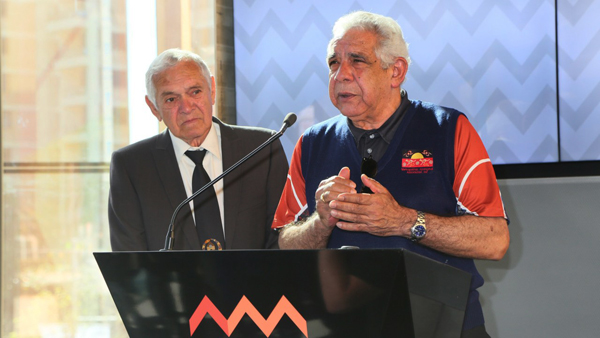 In honor of Indigenous Peoples Day, we’d like to share a roundup of articles about efforts to decolonize museums around the world.

With “Donors Force a Point at the Met that Never Should Have Had to be Made”, Nonprofit Quarterly looks at the shift in location for Native American art in a new exhibit opening at the Metropolitan Museum of Art this month. The shift was demanded by the donors backing the exhibit, and forced the Met to locate Native American art within the American Galleries, instead of their galleries for Africa, Oceania, and the Americas, where it is usually relegated, thus separating it from “America” conceptually.

“Sarah Cascone, writing for ArtNet, says, ‘In other countries, it is common to present indigenous art as part of the wider arc of a nation’s art history.’ Sylvia Yount, the curator in charge of the wing, told Brigit Katz at Smithsonian that US museums, including the Met, are ‘really behind the curve…when it comes to displaying indigenous artworks within the framework of America’s art history.’”

NPR’s “Where ‘Human Zoos’ Once Stood, A Belgium Museum Now Faces Its Colonial Past” looks at the history of The Royal Museum for Central Africa, where Belgian King Leopold once imprisoned more than 200 Congolese to be on display for Belgian crowds. The museum, and Belgium generally, has long resisted acknowledging its violent and colonial heritage, but is currently under the auspices of a Belgium director who is attempting to rectify some wrongs.

“‘They brought me here just to reform it,’ Gryseels says. ‘Obviously, our colonial past is something that we have to deal with.’ The museum finally closed for massive renovations in 2013, after years of planning. ‘We walk a tightrope,’ Gryseels says, between those who fear this transformation won’t go far enough and others who fear it will go too far.”

In “Decolonizing the Museum Mind”, a guest post for the American Alliance of Museums’ Center for the Future of Museums blog, Frank Howarth, former director of the Australian Museum  discusses the value of “welcome to country” practices that center traditional aboriginal owners of land and encourages European and US museums to embrace the idea and the values centered.

“A bit later I went to the then Getty Museum Leadership Program in 2010, with my New Zealand and Australian colleagues expecting to be welcomed to the Native American country on which the Getty Museum is situated (a comparable program in Australia or New Zealand would have a significant and very meaningful welcome to country by the traditional owners). We were surprised and disappointed that not only was there no acknowledgement of Native American place, there was negligible mention of anything Native American within the whole course. Nor was there any discussion around contemporary issues in museums and collections of the materials of first peoples.”