You are here: Home » Articles filed under: 'News' » Article: '‘Democracy is a very fragile thing’ –'

‘Democracy is a very fragile thing’ – 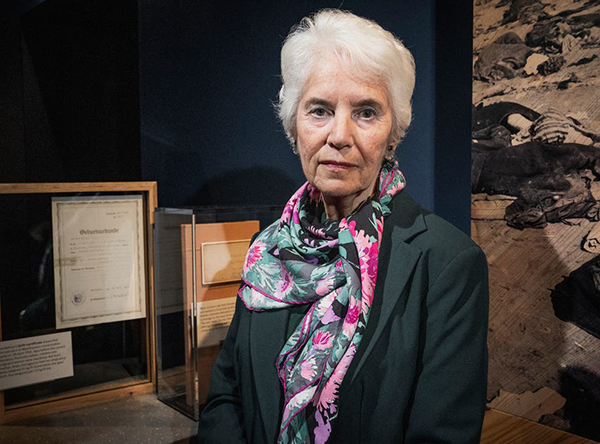 Furvah Shah meets Eva Clarke, 76, whose birth certificate from inside a Nazi death camp is now an exhibit in London

A woman who survived the Holocaust in which 15 family members, including her father, were killed has welcomed a “very impressive” and “moving” new permanent gallery at the Imperial War Museum.

Eva Clarke, 76, was born in the Mauthausen concentration camp in Austria on 29 April 1945 — less than a week before its liberation. Her mother weighed just five stone at the time.

Her birth certificate is on display for the first time at one of two new galleries dedicated to World War Two and the Holocaust, opening this month at the Imperial War Museum. 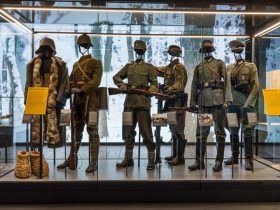 The £30.7 million project with see both exhibitions span two floors and features over 3,500 items and personal stories from more than 80 countries, including Ms Clarke’s.

“I actually felt very emotional – just seeing it in an official place being displayed,” she said at the museum. “I did bring my mother to a previous Holocaust exhibition and she was very impressed with that, but she would be so pleased to know that her story is being told in this new exhibition.” 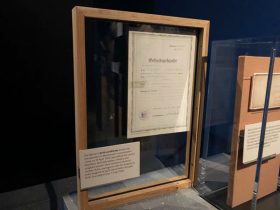 As the only survivors from their family, Ms. Clarke and her mother, Anka Kaudrová, emigrated from Prague to Cardiff in 1948 following the end of the Holocaust and Second World War. Ms Clarke married in 1968, had two sons and now lives in Cambridge with her husband, a retired Cambridge University lecturer. 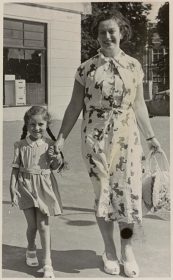 She added: “I always say to students – democracy is a very fragile thing. It can disappear before you know it… it is so important that we are not taken over by dictatorships, and is very worrying as to what is happening in the world at the moment, I don’t want to be specific, but it is.”

Speaking about the lessons of the Holocaust, said it is “what can happen if dictatorships take over, what can happen if one group of society is ostracised, demonised and dehumanised – then, the ultimate result is genocide. It is the horrendous but logical conclusion to, racism and prejudice.”

“The reason that I do talks is to counteract racism and prejudice – any form of it,” she said. “Because it exists, it’s always existed but we always have to fight against it.

“My mother, she had a nice sense of humour and sometimes, when she heard depressing things on the news, she would say to me ‘do you think there’s any point in you speaking in schools?’ and ‘do you have any influence?’ and I’d say ‘I don’t know’, but I said to her, it’s not a reason for not trying and we all have a responsibility.” 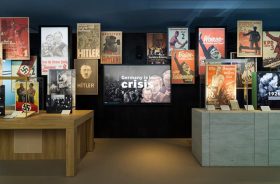 Diane Lees, the museum’s director general, said in a statement: “The Second World War and the Holocaust will soon pass out of living memory, leaving us without first-hand testimony of veterans, eyewitnesses and survivors. IWM’s new galleries, which have been nearly six years in the making, will preserve their stories and ensure that the world never forgets what they experienced.”

Both immersive exhibitions tell their respective stories chronologically, exploring their global scale and impacts. They feature interactive elements, intricate artefacts and hundreds of photos and writings from people of both the Holocaust and World War Two, in a way that amplifies the voices and perspectives of victims. 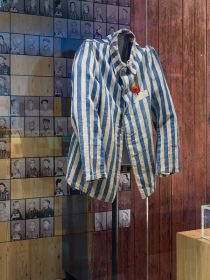 James Bulgin, head of content for the Holocaust gallery, said: “We wanted to try and relay events, not exclusively from the perspective of the man turning up at the end of someones garden but from the person looking out of their kitchen window and seeing somebody approaching their house. We’re constantly looking at different ways to encourage people to think about it at something that was experienced rather than something that was done to people.”

He added: “There’s been a tendency to use the Holocaust as a warning from history that we need to be mindful of these events because it’s something that could be done to you, your family or people you care about. But, what we want everyone to engage with is the reality is that it’s also people like us that did it and having the capacity to look at ourselves and be ever mindful of who we are and what we’ve proven ourselves to be capable of.

“The most dangerous thing is to think this is something that different people in a different time and place did. They were, in many respects, very similar to most of us and that’s a really disquieting fact which I really want people to engage with.”

The Holocaust and World War Two galleries will open to the public on October 20 and will remain permanent fixtures at the Imperial War Museum.