March 24th, 2022 | Browse other: News. | Tagged with: Australian science at crisis point, Research and development funding as a share of GDP has been falling for 14 years | 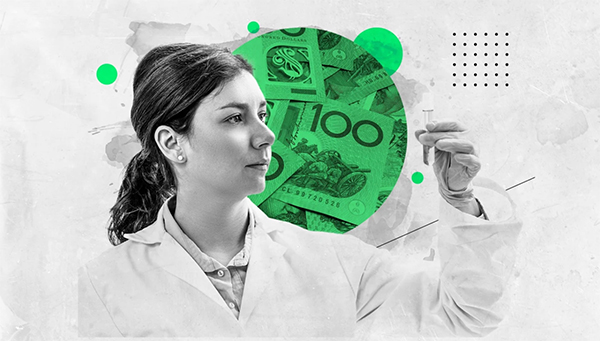 Australia has been a world leader in scientific research. But as funding becomes more and more elusive, morale in the community has plummeted. Credit: Stephen Kiprillis.

The Coalition’s decision to veto six research grants was the last straw for a sector that feels it is under attack and saddled with an unfair funding system.

It was the day before Christmas, and Dr Erin Sebo was in the kitchen, making final frantic preparations. Pandemic border lockdowns had just lifted. It was a chance, after a year of turmoil, to be with family.

Her phone beeped. A message from a colleague: “I’m so sorry.” 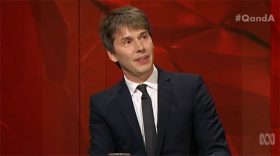 Sebo, a researcher at Flinders University, had spent much of the last three years writing a government grant request to study right-wing extremism. It would fund the next chunk of her career. And she was pretty sure she was getting it; the comments from her government reviewers had been “incredibly positive”.

It was over, Sebo’s colleague told her. There would be no grant.

She logged onto the research grant system to find out what was happened. “It had a little sentence that said ‘Recommended to but not funded by the Minister’. That’s how I found out, and that’s the only official communication we’ve ever had.”

Sebo’s grant was one of six, she later found out, that had been approved for funding by Australia’s research grant system before being vetoed by acting education minister Stuart Robert for “not meeting the national interest’ and being ’poor value for money”.

The vetoes set off an extraordinary round of protest across the sector. There were multiple open letters signed by hundreds of scientists, resignations, international condemnation, even a rare joint statement from the Australian Academies of Science. 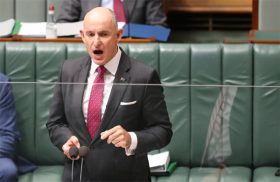 It is a big outcry for six vetoed research grants – in a round, as Robert’s office pointed out, of 593.

But context is everything. The vetoes are merely the final straw for many in a sector, an investigation by The Age and The Sydney Morning Herald reveals, already mired deep in crisis.

Research and development funding as a share of GDP has been falling for 14 years. The relationship between researchers and their peak funding body has broken down. Sector leaders say Australia’s whole system of research is not fit for purpose. Many researchers feel they are under direct attack from the Coalition government.

Robert firmly rejects any suggestion his government is not supporting science.

“[It] just does not stack up in terms of the facts,” he told The Age and Herald, pointing to a 15 per cent increase in funding to universities over the last two years, a new $2.2 billion investment in research commercialisation announced in February, and funding for an extra 30,000 new university places in 2021. “Science and research will remain pillars of our approach to securing Australia’s future prosperity as long as the Morrison government remains in power.”

But that’s not the view on the ground.

“There is a lot of angst, and a lot of anger,” says Professor Ian Hall, deputy director of research at the Griffith Asia Institute. 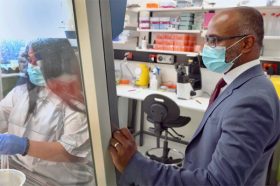 “I have never been in a research environment that is more desperate, more despondent and feeling more isolated and ignored,” says Professor Mark Dawson, associate director of research translation at the Peter MacCallum Cancer Centre and one of Australia’s scientists of the year.

Where the money comes from

To understand the deep-rooted problems in Australian science, you need to get across the strange bureaucracy that governs how public research is actually done in this country.

There are about 81,000 full-time researchers in Australian universities. You might imagine them getting up, eating breakfast and then cycling into their labs. Eventually, after enough research, Australia invents Wi-Fi.

This is not how the system works at all.

Universities employ researchers, using a mix of government funds and money they make themselves, often off international students. But universities typically won’t pay for research by themselves. To be able to do their jobs, researchers usually need a government research grant, which can then be fund-matched by the university.

To get that money – so they can do their jobs – researchers make government grant applications. A typical application runs to well over 100 pages.

ANU Professor Susan Scott’s application is more than 500 pages long, and it’s still going. She and her colleagues have already spent three months writing it; that’s a quarter of the working year of some of the country’s leading astrophysicists writing an application to do their job. “It limits the time you get to do actual science,” she says. 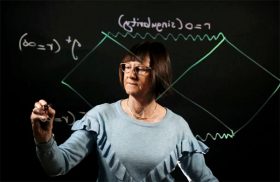 Astrophysicist Professor Susan Scott says writing applications for grants has become such an unwieldy process that it is taking time away from scientific endeavour.

In most cases, these applications are unsuccessful. Some 79.8 per cent of applications to the ARC’s biggest grant program get knocked back. The NHMRC’s ideas grants have a success rate of 9.9 per cent.

Award-winning cancer biologist Dr Darren Saunders’ lab ran out of funding in 2020. His grant applications were unsuccessful. “I still have a job, but can’t do any new research, he wrote on Twitter at the time. “[It’s] like having your arms tied behind your back.” Disenchanted with struggling to be allowed to do his job, he quit.

The helicopter view is of a science sector that spends an enormous amount of time and effort writing extraordinarily long pleas to be able to do their job – pleas that are nearly always unsuccessful.