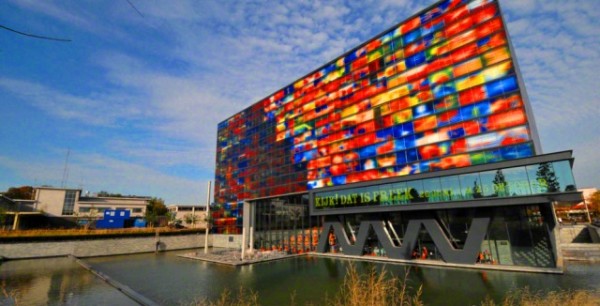 The Netherlands spent seven years and $202 million to digitize huge swaths of AV Archives that most people will never see. Was it worth it?

Driving through the Dutch countryside near the town of Hilversum, I have an overwhelming feeling that the surrounding water will wash out the road, given that my car is almost level with it. So it’s surprising that the Netherlands’ main audiovisual archives at the Sound and Vision Institute reside in a multilevel underground structure here, ostensibly below sea level.

Sound and Vision, together with two other national institutions, finished digitizing the bulk of the Netherlands’ audiovisual archives last year, for a cost of $202 million over seven years. The project ran smoothly and transparently, digitizing 138,932 hours of film and video, 310,566 hours of audio, and 2,418,872 photos.

When Brewster Kahle, digital librarian of the Internet Archive, spoke at a conference here in March to commemorate the project’s end, he called it “world-class” and told the audience, “It is almost exactly what Google has spent on their whole Google Books project, digitizing 20 million books.” (Google says it has digitized over 25 million books but declined to confirm exact cost figures for this story.)

For all of Sound and Vision’s efforts, though, only 2.3% of its digitized archive is publicly available online. Schools and researchers are allowed to access 15% of the archive on Sound and Vision’s website. For the rest, Sound and Vision’s administrators have to ask the copyright holders’ permission to release their clips outside of the building. Frequently, it involves making calls to several people, and sometimes they say no. “Maybe digital formats are exploitable, but how much are old newscasts worth?” says Tom de Smet, Sound and Vision’s head archivist.

Among the world’s memory institutions, Sound and Vision’s seven-year mass digitization project was one of the largest of its kind at its start in 2007, but few can reap its benefits today. Even as critics pressure the United States Library of Congress to digitize its collections, the Library must also solicit complex licensing agreements with corporate rights holders to release the files online.