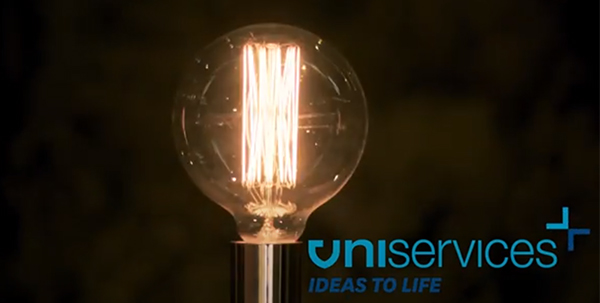 “Growing our research into different spaces and interpreting what it means for Māori communities is very empowering. I hope to be part of a bigger ecosystem that can bring about transformation,” says Peita.

“Dion joins UniServices with extensive experience in people management and community engagement, primarily in the heritage sector,” says UniServices Chief Executive Officer Andy Shenk. “His newly created role will be a pivotal link in our wider strategy to engage more effectively with Māori community leadership, develop signature programmes that facilitate an environment that is mana-enhancing for Māori and enable all of our people to engage with Māori internally and externally.”

Peita sees himself as part of a large workplace whānau with the collective energy needed to bring about social, cultural and economic change. He says the strategic plans of UniServices and Waipapa Taumata Rau, University of Auckland indicate a high level of commitment and aspiration to improve Māori engagement.

One way of achieving this is to ensure UniServices engages with the Māori economy in a meaningful way. Peita distils its core values as a “quadruple bottom line”, bringing together cultural, spiritual, economic and social foundations. There are deep connections to the environment, encompassing land, waterways and cultural narratives of the past and present.

Part of Peita’s role will be to uplift these values alongside UniServices’ business-as-usual activities, such as commercialisation and service delivery, with the long-term goal that considering Māori interests and values becomes standard practice, backed by enhanced institutional knowledge.

Peita comes to UniServices from the Auckland War Memorial Museum | Tāmaki Paenga Hira, where he spent the last three years as an executive leader, steering the organisation to be more informed, culturally aware and culturally safe. Before this he was with the Australian Museum in Sydney and Te Papa Tongarewa, the Museum of New Zealand.

An arts and heritage sector jack-of-all-trades with a degree in anthropology, Peita has worked in collection management and logistics right through to advocating for Māori interests with the Ministry for Culture and Heritage as it evolved its policies on the care of taonga. He has even worked on tracking down stolen artefacts and the repatriation of human remains.

Peita describes his first weeks in his new role as a “discovery phase” spent reaching out to University faculties and finding out which areas have a Māori development component. He is particularly interested in the spaces where there is still work to be done and potential for Māori to be uplifted further, such as education and health.

“I see myself as a champion for all things Māori, so I’ll step into the conversations and support those faculty members who are unsure how to engage, who to engage with, or what engagement looks like. I can help with that and set people on their way,” he says.

Some conversations may happen purely at a local level while others may lead to impact across Aotearoa or even inform the interactions UniServices has with Indigenous organisations and communities overseas in future.

“Indigenous principles of sustainability, the environment and health are now being acknowledged by Western science and it is important that Māori are equipped to front-foot those conversations with their communities,” says Peita.

A lifelong learner, Peita has long held Waipapa Taumata Rau in high regard and speaks of its deep connection to its local surroundings and mana whenua. When he returned to complete a postgraduate diploma in business (Māori Development), the late Dr Manuka Henare, who convened the programme, left a lasting impression on him as a Māori leader.

In particular, the value Henare placed on the idea of an economy of mana resonated with Peita. He hopes to weave this holistic approach, which recognises the importance of people and planet alongside the need to turn a profit, into his new role.

“There is still anxiety in some Māori communities about engaging with non-Māori officials,” says Peita. “I hope to bridge the gap between UniServices and these communities by establishing enduring relationships, which work better than transactional ones from a Te Ao Māori perspective.”

UniServices has a clear, aspirational pathway for growing Māori capability, says Peita. Honing the organisation’s ability to respond to the Māori elements so often present in University research or commercial partnerships, and meeting real-world need, will be a measure of the success of his role.

About UniServices
UniServices is a not-for-profit company of Waipapa Taumata Rau, University of Auckland, that transforms research into global impact starting in Aotearoa New Zealand. We serve as kaihono (those who link people to people and people to projects) by bringing together researchers, businesses, investors, government agencies and our communities. We manaaki (nurture), advance and invest in the ideas and intellectual property that arise from the University by helping translate it into products, services, companies and public-good projects, all to build a better world.