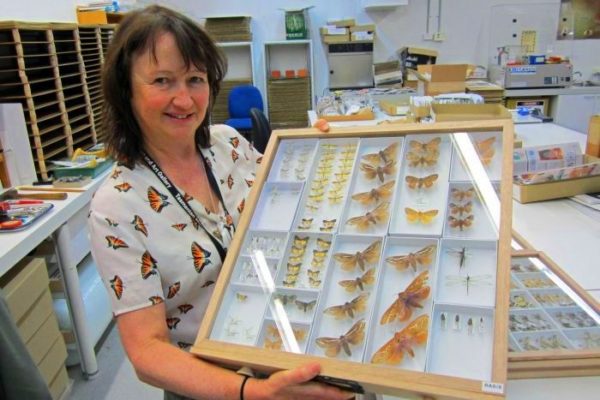 Rocks have been chiselled, moths have been pinned, and now for the real science following the latest Bush Blitz in Tasmania.

The expedition, part of Australia’s largest nature discovery project, saw scientists take a helicopter into a remote patch of the state’s south-west to collect everything from reptiles to moss.

Dr Cathy Byrne, senior curator in zoology at the Tasmanian Museum and Art Gallery (TMAG), and Dr Gintaras Kantvilas from the Tasmanian Herbarium at TMAG collected thousands of specimens.

“We find lots of new species when we go on bush blitzes,” Dr Byrne told Joel Rheinberger on 936 ABC Hobart.

“We basically picked areas that were really interesting in terms of the flora and fauna there.

“That was a really amazing Bush Blitz because we got to go to really remote locations.”