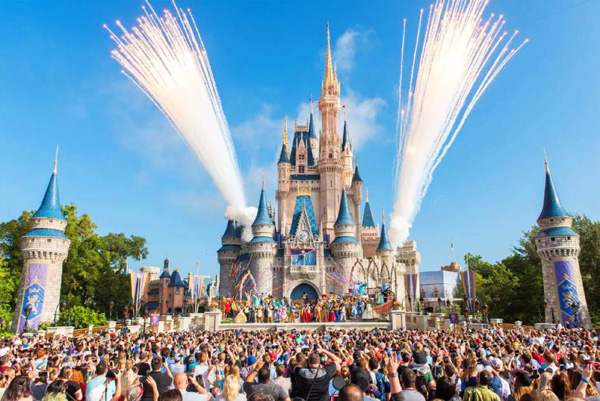 A recent survey on theme parks and museums would make the Mona Lisa smile: The Louvre was the world’s most-visited museum last year, with 8.1 million people admiring the art at the Paris institution. Of course, Cinderella doesn’t have to feel threatened by the woman with the enigmatic expression. Almost 20.5 million parkgoers chose Walt Disney World’s Magic Kingdom in Orlando as their happy place.

For the 12th consecutive year, the Themed Entertainment Association and AECOM, a development services firm, have released their Theme Index and Museum Index. The report ranks the top museums, water parks and theme parks in the world and by region, based on attendance. It also describes the forces behind the peaks and valleys. For example, the index explains why Disney parks in North America grew by 3 percent (the debut of “Pandora — the World of Avatar”) and water parks shrank (bad weather, lack of reinvestment) and which country is helping keep ride operators and character actors employed (China).

“The major theme park operators had an outstanding year with 8.6 percent overall growth led largely by properties in China, where attendance swelled by nearly 20 percent,” the report states. “Global attraction attendance at the major operators is now almost half a billion visits a year, and is more than double the attendance of all the major sport leagues around the world.”

“Theme parks kept up with the growth,” said Linda Cheu, vice president of economics at AECOM.

While the theme park population flourished, museum visitation numbers remained stagnant — with a few exceptions. For instance, Washington’s National Gallery of Art and the Victoria and Albert Museum in London expanded by 22 and 25 percent, respectively. Cheu said that for museums to stay au courant, they must aim young.

“Museums are creating events and programs to attract millennials,” she said. As examples, she cited the Thursday-night parties with DJs and scientists at the California Academy of Sciences in San Francisco, adult sleepovers at the American Museum of Natural History in New York City and yoga classes at institutions nationwide.

She also credited the uptick to technological advances such as augmented and virtual reality; renovations and expansions; traveling exhibits; and blockbuster shows. The V&A Museum, for one, checked off two of those boxes: The decorative arts museum unveiled a $70 million addition last summer and also curated major exhibits on Pink Floyd, plywood and the fashion designer Balenciaga. When asked if price scared off visitors, Cheu said that it didn’t. In fact, half of the top 20 museums charge to enter, including the Metropolitan Museum of Art, the most recent addition to the admission-fee club.

“We did not find any significant correlation between pricing and attendance,” she said. “There is some elasticity there.”

China demonstrated its cultural rise by nabbing three spots in top 20 museums, one more than New York City and Paris. The National Museum of China in Beijing (No. 2) drew 8.1 million visitors, a million more people than the Smithsonian National Air and Space Museum and the Metropolitan Museum of Art, which tied for third place. “Museums in China are growing exponentially,” she said, “both in number and attendance.”

Several other Smithsonian museums, though, suffered a dip in attendance. Cheu pointed to the National Museum of African American History and Culture as a possible factor. The newest cultural attraction on the Mall welcomed — or siphoned off? — 2.4 million visitors the year after it opened.

“It had a little bit of a negative impact on the other Smithsonian museums,” she said.

In the water parks category, No. 1 Chimelong Water Park in Guangzhou, China, gained 6 percent more visitors and No. 2 Typhoon Lagoon at Walt Disney World dropped by 5 percent. In head-count terms, this translates to more than a half-million people splashing at Chimelong than splishing at Typhoon Lagoon.