August 29th, 2019 | Browse other: News. | Tagged with: Do the nationals really loan 450000 objects across the globe, Never-before-seen data gives a snapshot of loan activity at nationals | 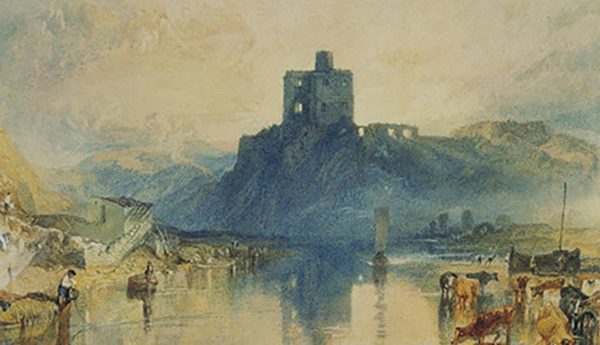 Never-before-seen data gives a snapshot of loan activity at nationals, but how do the figures break down?

A report published earlier this month by the Department for Digital, Culture, Media and Sport (DCMS) produced some eye-catching figures on the extent of lending from the UK’s national museums, with its headline stating that “UK museums loan nearly 450,000 items across the globe”.

The data was collected in response to the 2017 Mendoza review. It complements the DCMS’ Partnership Framework, which was launched last year to support collaboration between national and non-national museums.

The report collected data under three themes: sharing collections; sharing knowledge; and supporting audience engagement and social outcomes. Surveying 17 national institutions with 62 sites across England, Scotland and Northern Ireland, it found that the museums loaned almost 70,000 objects for display purposes in 2017-18. The impact and reach of these loans was impressive – loaned objects were seen by almost 33 million people around the world.

In addition, the nationals made 370,982 items available to 6,777 institutions for research in 2017-18, and engaged in at least 2,584 partnerships with academic and research partners.

In terms of partnership work, the report found that nationals were strong in partnering to improve participation (66%), create education and learning opportunities (21%) and support health and wellbeing (8%).

It’s the first time DCMS has collated these figures, and the report offers an encouraging picture of the extent of partnership and loan activity taking place among the nationals – the culture minister Rebecca Pow said it demonstrated “UK soft power at its best”.

But looking beyond the headlines, that narrative isn’t quite so clear-cut. Both short and long-term loans (more than 18 months) are included in the 70,000 figure, meaning that some of the loans it refers to have been in place for more than 100 years and don’t represent current activity.

In addition, more than half of that figure (around 38,000) is comprised of the Wedgwood collection, which was acquired by the Victoria and Albert Museum in 2014 but remains at the Wedgwood Museum in Stoke on Trent.

The report’s conflation of different loan categories is confusing, says Dan Hicks, a curator at Oxford’s Pitt Rivers Museum, whose queries on social media led the DCMS to publish raw data for the report. “It’s not how we talk about loans in the sector. We wouldn’t see such a long-term loan as part of our loans activity but as a longstanding relationship,” he says.

It’s also uncommon to classify bulk specimens made available for research purposes as loans, he adds. Without the inclusion of long-term loans, the number of objects lent for display in the UK that year was a more modest 7,129, 30% of which were part of touring exhibitions. Internationally, 7,969 objects were sent out on short-term loans.

Wales had the smallest number, receiving 11 loans comprising 84 objects – although the report states that Amgueddfa Cymru (National Museum Wales) was unable to contribute to the data this year.

The report says: “The regional demand seems to come from the larger or more established museums which are more likely to have the capacity to borrow, in terms of staff time, networks, resources, and physical assets such as display spaces and security.”

Globally, the figures show that the UK’s collections had objects on long- or short-term loan for display in 52 countries in 2017-18. The largest number of objects went to the US (1,444), followed by Spain (1,330) and China (1,088). But large parts of the world were not on the list; just two African countries (South Africa and Zimbabwe) were listed as recipients of long-term loans, and there were very few loans to parts of the world such as the Middle East, South America or Eastern Europe.

The data offers an intriguing snapshot of partnership activity, but some believe it raises further questions. “It’s a really important report, but perhaps we need to get a decent working definition of what ‘loan’ means,” says Hicks. He also believes the DCMS should look into “what the regions are doing for the nationals”. “My sense is that maybe those numbers are higher,” he says.

The report is just a starting point; a DCMS official says the department hopes to refine the survey next year and engage a wider range of respondents. It is planning to ask national museums to report the data annually.

The report states: “It is hoped that through further iterations, as more annual data is gathered, we will be able to provide meaningful analysis of key trends in national museum partnership activity and the wider sector, as well as the impact that the Partnership Framework has had.”