You are here: Home » Articles filed under: 'News' » Article: 'Do we really have to hitch arts to metrics?'

Do we really have to hitch arts to metrics? 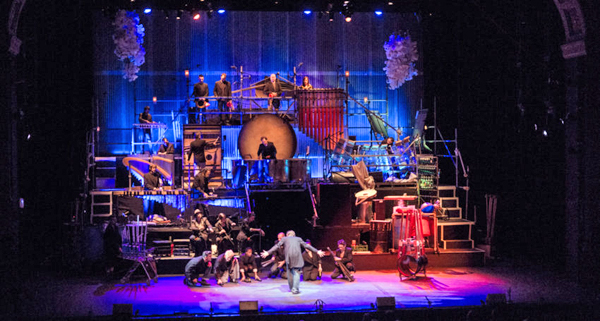 Robert Phiddian, Julian Meyrick, Tully Barnett, Do we really have to hitch the arts to a metric?, In Daily, 21 March 2018

At the tail end of this year’s Adelaide Festival, Fringe and other Mad March cultural events, spare a thought for the miracle of numbers and the banality of metrics.

Pythagoras once claimed the universe was made of numbers. For the ancient Greek philosopher, numbers were the basis for all understanding, a way of parsing the mysteries of nature, the possibilities of thought, and the creations of humankind.

Needless to say, he didn’t have in mind the predictive algorithms of Facebook advertising or digital monitoring of the workplace.

In the space of two and a half millennia, numbers have gone from object of sacred belief to tool of the practical world. They’ve become metrics.

But the intensity and certainty that attached to religion now attaches to numbers, so that terms like “the average inflation rate” and “the stock market volatility index” provoke in us the same dumbstruck awe statues of the gods once provided our ancestors.

These days we do more than use numbers. We worship them.

In his timely new book, The Tyranny of Metrics (Princeton UP, 2018), Jerry Muller looks the gift horse of “big data” in the mouth, to ask what are the unintended consequences of taking numbers too seriously. Some things measure easily and well, he concedes.  Others really don’t.

Even in health, where big data mining has saved many lives and some money, metrics that become targets can have inhumane results.

In the interests of transparency and competitive performance, for example, some US hospitals are measured on how quickly they deal with patients presenting in Emergency.  People are often kept queued in ambulances until hospital staff are confident that they can be seen in a four-hour window.

We have no idea whether such bureaucratic targets contribute to the ramping of patients hospitals in Australia (“surely not….”).  But it is the sort of thing that happens when trust in professional judgment breaks down and is replaced by ostensibly objective numbers. It’s called gaming, and no modern institution is without it.

He is a historian, and knows that no system can stay perfect over time, because humans adapt to them. Thus the crucial issue is how metrics get used.  If people in organisations, who have the contextual knowledge to discern good data from bad, use numbers informatively, they are useful. If they are used politically to rank and reward behaviour by those without the time or the capacity to understand them properly, then waste, gaming of systems, and unjust results are inevitable.

If you know what you are tinkering with, data analytics are a boon. But the temptation is to use them as high-level bingo for hard-pressed technocrats with a dashboard of metrics in front of them and not much else.

This is not a pinko humanities scholar whinge, but a real risk to social and economic performance. Even Adam Creighton, economics correspondent for the Australian (not a notably left-wing publication) recently wrote: “Universities have hitched themselves even more strongly to the metric bandwagon… [H]igher education has spawned so many metrics that the cost of administrators and bureaucrats now outweighs academics” (Feb 17, 2018).” Amen to that.

What has this to do with culture and Mad March in Adelaide? Muller sketches the problem of the counterproductive use of numbers in health, policing, higher education, schools, the military, business, and foreign aid.

He doesn’t mention – yet how could he miss it? – the rising tide of metrics washing over arts and culture. It’s a field that needs public investment but is often a terrible fit for econometric modelling because so much of what matters in it cannot be quantitatively measured.

This is a problem that Laboratory Adelaide, a humanities-based research project, has been grappling with for the last four years.

The question we began with in 2014 was “how can the value of culture be successfully and meaningfully measured?”  The answer in 2018 is “it can’t”.  You can measure culture’s effects, and some of those effects certainly provide measurable benefits.  But the value of culture, like the value of love, or inner contentment, or animal companionship, is something that can only be judged.

That’s heresy for today’s adherents to the Religion of Numbers.  For the new credo, everything can be calculated down to the nth decimal place.  The fact that, again and again, opinion polls prove false, markets unpredictable and human life invaluable, is ignored by those who cleave to a metrical logic.

Culture suffers as a consequence. But it is not alone. All aspects of life suffer, not least our relationship with the natural world, which we love, but cannot help destroy because balance sheets must come before balance, sales before sustainability.

In this rank order of precedence, numbers are not to blame. It is our impoverished sense of value that sets them on their destructive path.  It needs to be checked before it is too late, and there is little left to count.