You are here: Home » Articles filed under: 'News' » Article: 'Does Glasgow have too many museums, and,'

Does Glasgow have too many museums, and,

July 23rd, 2021 | Browse other: News. | Tagged with: Does Glasgow have too many museums?, how Glasgow museums function as a driver of social culture and economic value | 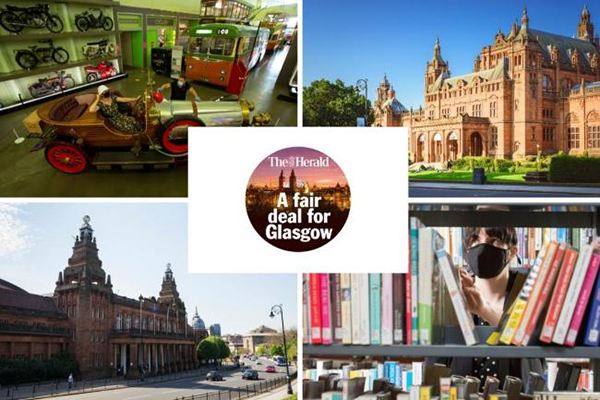 The Herald is leading a campaign for A Fair Deal for Glasgow.

Deborah Anderson, Does Glasgow have too many museums and who would decide about closing them?, The Herald, 19 July 2021

A REVIEW of how Glasgow museums function as a driver of social culture and economic value could help sustain their future amid a funding crisis with feared closures.

Mark O’Neill, the former head of Glasgow Museums run by Glasgow Life, the charitable organisation which operates culture and leisure in city, said there are difficult choices to be made and that a review could help reshape the future of the service.

Glasgow was the first city in Europe to try to use culture to drive social and cultural regeneration, starting with the Burrell Collection in 1983, and a major programme of museum openings followed in the 1990s.

The St Mungo Museum of Religious Life and Art opened in 1993, followed by the Gallery of Modern Art in 1996, with Kelvingrove reopening in 2006 and the Riverside Museum in 2011. 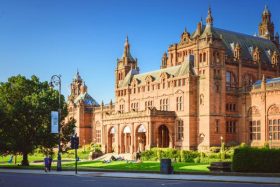 Mr O’Neill, who led the hugely successful Kelvingrove refurbishment programme which saw it reopen its doors in 2006 after a three-year closure, said: “The question is are you choosing between museums or medical operations and improving schools.

“Would it be reasonable to say, could we do without all these museums? The question then is, when you have educated the children and carried out operations, what kind of a place do people want to live in? If it is an emergency, you have to spend on saving lives, but if thinking long term you have to look at society as a whole.

“If people are saying Glasgow has too many museums and they can’t afford them, how would you go about deciding what to close? And who would decide that?

“It would be reasonable to review the functioning of all the museums to identify their social culture and economic value, rather than just having to close them because of a brute shortage of cash.” 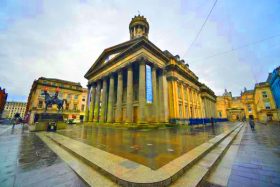 Gallery of Modern Art marked its 25th anniversary this year.

His comments come at a time when the arms-length council organisation lost £38m due to the pandemic and its estimated income for 2020/21 is £6.4million. An agreed council funding deal will see Glasgow Life receive a guaranteed £100m for the next four years to open 90 out of its 171 venues. Without further funding, they say they cannot reopen any more venues. Around 500 jobs will go at the organisation over a five year period.

It is why The Herald is leading A Fair Deal for Glasgow campaign calling for the city’s venues and treasures to be funded appropriately and for both the Scottish and UK governments to come together to deliver a new funding plan for Glasgow’s culture and leisure services.

Mr O’Neill, who is now associate professor at the University of Glasgow’s College of Art, added: “Due to the structure of Glasgow Life as a charitable organisation, it is used to having a service agreement with its main funder [Glasgow City Council], so it is a much easier for the UK or Scottish Government to become involved than if it was a council department.

“The question is, are culturally important assets in Glasgow the responsibility of the Scottish Government or whether it is purely a local government question. If the Scottish Government is offering leadership out of the pandemic, then technical issues of who is responsible for what have to be less important than who has the capacity to protect and develop Scotland’s key assets. If in 10 year’s time, Scotland and Glasgow has come out of the recession, what kind of city is Glasgow going to be and who is going to take responsibility for ensuring that it is a fully rounded, humane place, rather than somewhere that had to decimate its cultural infrastructure because of a short-term financial crisis.” 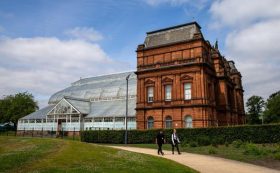 Glasgow Museums attract more visits than either the National Museums of Scotland and the National Galleries of Scotland which have 3.2m and 2.4m respectively. And in terms of funding NMS runs on £22.4m a year while NGS has a budget of £21.2m.

Over the years Glasgow museums have received glowing write-ups with one reviewer, Alexandra Artley, describing St Mungo Museum, which is yet to reopen, as “probably the most important museum to have been opened in Britain since the V & A.”

While Smithsonian Assistant Secretary Elaine Heumann Gurian reflected after her visit to Kelvingrove: “There are a few memorable paradigm-shifting museums that come along in any lifetime. I think of the United States Holocaust Memorial Museum; Te Papa: The National Museum of New Zealand; and the Guggenheim Bilbao. They are directed by chief executives who have vision and audacity. I add the Kelvingrove to the list.”

Mr O’Neill is of the opinion that Glasgow’s museums represent Scotland to the world at the highest level, but acknowledged that the city lacked the money to realise their full, world-class, potential. the world-class quality it can.

He added: “If it is in the interest of the whole of Scotland to sustain world-class quality, key institutions in Glasgow, then it is logical that the UK and Scottish Governments should consider becoming involved. And if they become involved financially, it is equally logical that they become involved in the governance of what are recognised as nationally important assets.”