You are here: Home » Articles filed under: 'News' » Article: 'Does public interest have enough friends?'

Does public interest have enough friends? 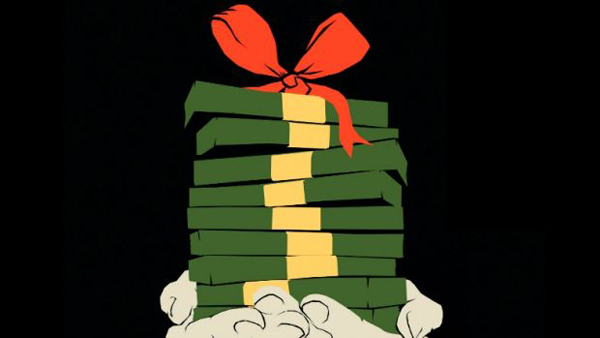 This week “philanthropy” meets “parliament” in a biennial summit at Parliament House in Canberra. In the past this might well have been a feel-good exercise in which prominent philanthropists were feted for their good works funding new hospital wings and housing the homeless.

But philanthropy is increasingly meeting parliament in ways that are less comfortable. A number of Coalition MPs think that philanthropists fund pesky environmental groups to conduct way too much advocacy, which should presumably be left to professional lobby groups such as the Minerals Council.

And this is part of a much bigger trend for philanthropy to fund not-for-profits to conduct research into social issues, and then to advocate for their solutions, which often involve policy change.

Philanthropy is changing because as the sector gets bigger it’s becoming more sophisticated. There is more focus on “impact philanthropy” that asks tough questions about how much difference a dollar of philanthropy really makes. While funding ambulances at the bottom of the cliff makes good pictures for the news, funding the fence at the top of the cliff often provides a much better return on donations.

And the realisation is also growing that while philanthropy shares many of the values of government – to improve the lives of all – trusts and foundations spend less than one thousandth of what governments spend each year. So when government provides a comprehensive solution to a problem, there is often little room left for philanthropy to help individuals.

For example, the Commonwealth Government now provides a HELP loan to all Australian undergraduates, which means that fees no longer figure much in people’s decisions about whether to go to university. And so philanthropic scholarships primarily shuffle students between universities, rather than increase the number of people who study.

But government could often do better at looking after the public interest in systemic change. And so people who want their philanthropy to have a big impact are increasingly funding groups that will push for change to government policies.

There’s a lot to be said for this. The public interest often has few friends. Economist Mancur Olson pointed out that where a small number of people have interests that are significantly affected by a government policy, they will tend to be more organised. They will tend to lobby harder – and more effectively – than a much larger number of people whose interests are affected less. Two or three poker-machine makers will lobby much harder than hundreds of thousands of families with a problem gambler.

The Philanthropy Meets Parliament Summit may be one of the very few times this week that parliamentarians will be in rooms where there are lots of people actually arguing for the public interest. Most of the time our MPs inevitably will be meeting someone whose job it is to advocate for a relatively concentrated vested interest.

Of course, many times lobbyists for vested interests have a point. They (usually) claim to be arguing for the public interest. But these claims often can be self-serving. And their efforts almost never lead to an outcome that would be contrary to the special interest they serve.

So if philanthropy creates more friends for the public interest, that would be a good thing. But it shouldn’t be open slather. Our law already draws a bright line between philanthropic funding for advocacy on an issue (which can be tax deductible) and advocacy for a political party or candidate (which is not).

And we need to be careful that what purports to be advocacy in the public interest is not a wolf in sheep’s clothing. In the United States, a number of think tanks have been funded by extremely wealthy individuals to argue for lower taxes on corporates, investment income, and high personal incomes. Whether or not these are good policy reforms, those individuals had a clear vested interest in the outcome that was concealed behind anonymous donations and the veneer of think tank respectability.

There will always be philanthropists who fund new hospital wings and house the homeless. But my guess is that philanthropy is going to be meeting with parliament more often. Philanthropy is getting more interested in reforms that will have a big impact. Government doesn’t seem to be getting any better at reform. Corporate funding for special interests is growing.

And so we will see more philanthropists who fund work into how government can stretch limited health dollars further, and improve social welfare so that there are fewer homeless. And a good thing too.

John Daley is Chief Executive at the Grattan Institute, and will be speaking at the Philanthropy Meets Parliament Summit this week.