You are here: Home » Articles filed under: 'News' » Article: 'Dowse Art Museum’s The Truth Is Out There'

Dowse Art Museum’s The Truth Is Out There

February 18th, 2022 | Browse other: News. | Tagged with: belief in extra-terrestrial life is more credible and mainstream than ever, Let's send our artists to greet the spaceships, Museum of New Zealand Te Papa Tongarewa | 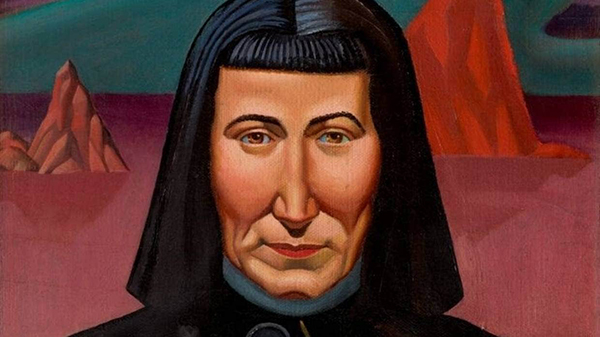 Chelsea Nichols, I want to believe: Let’s send our artists to greet the spaceships, Stuff, 10 February 2022

When Rita Angus wasn’t painting, she was New Zealand’s most successful diplomat to outer space, delivering a message of peace to extra-terrestrial beings.

Or, at least, that is how she appears in Leo Bensemann’s striking portrait from 1937-38. Angus is depicted in a red Martian landscape dotted with strange rocky pyramids and a purple and turquoise-streaked sky. She wears an expression of calm, benevolent authority and a military-style coat adorned with buttons that resemble miniature flying saucers.

Throughout the 1930s, newspapers speculated that scientists would soon discover life on Mars. Moviegoers around the world watched Flash Gordon fly to the planet to save mankind from its hostile occupants, while Orson Welles’ infamous radio drama The War of the Worlds caused panicked Americans to brace themselves for Martian invasion. Perhaps Bensemann’s portrait of Angus as space ambassador suggests a more peaceful approach to forthcoming interplanetary relations.

Today, belief in extra-terrestrial life is more credible and mainstream than ever. In 2021, the US Congress ordered the Pentagon to release a report on their official knowledge of UFOs. Many prominent politicians and experts have publicly expressed their belief that we are on the cusp of proving life beyond our planet once and for all. 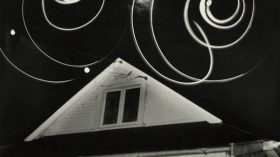 Of course, artists have always been a few steps ahead of the rest of us Earthlings.

The New Zealand Defence Force (NZDF) began keeping a UFO dossier in 1952, but by this time artist Eric-Lee Johnson was already making experimental photographs of swirling and swooping light patterns. One such work is titled ‘Reconnaissance of Terra, Waimamaku, Northland’ (1957), suggesting that Earth is being watched from above.

In December 1978, a series of unexplained UFO sightings over Kaikōura made international headlines. As a then impressionable young teenager, maybe this was the catalyst that transformed Ronnie Van Hout into the art world’s most ardent UFO investigator. He is making new work inspired by the Kaikōura Lights incident for The Dowse later this year, but the artist has long drawn on UFOs and extra-terrestrials to explore notions of belief and constructions of the self.

Van Hout does not necessarily position himself as a true UFO believer, but there is no shortage of them in New Zealand. In 2012, the NZDF released a redacted version of its UFO files, detailing thousands of eye-witness accounts and official reports of supposed sightings. Within this climate of disclosure, painter Peter Stitchbury produced one of his most mesmerising bodies of work–a 2014 series of portraits depicting witnesses to famous UFO sightings. Perhaps this subject matter was inevitable for Stichbury, who already portrays his subjects with a haunted, glassy expression that resemble alien body snatchers. His works speak to questions of not only what we believe, but who we believe. 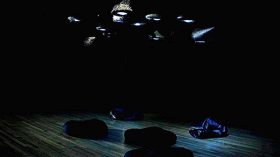 New Zealand’s obsession with UFOs is perhaps unsurprising – so much was shaped by the alien invasion that followed those strange, hostile vessels commanded by Abel Tasman. For the 2006 Sydney Biennale, Rachael Rakena (Ngāi Tahu, Ngā Puki) and Brett Graham (Ngāti Korokī Kahukura) collaborated on U.F.O.B., a fleet of carved wooden spacecraft that echo the contentious histories of such encounters.

Rakena and Graham’s title is a tongue-in-cheek combination of UFO and ‘F.O.B.’–derogatory slang for recent migrants who are ‘fresh off the boat.’ This harkens back to Bensemann’s portrait of Rita Angus as a peaceful space diplomat: if extra-terrestrials arrive, how will humans choose to greet them? Based on our track record, I’m not confident they will be met with kindness and respect.

But I think it’s clear that our artists represent the best of humanity. Let’s send them to greet the spaceships.

The artwork ‘U.F.O.B’ features in Dr Chelsea Nichol’s upcoming Dowse Art Museum exhibition The Truth Is Out There which looks at more recent and new works from New Zealand and internationally concerning UFOs. It opens March 12.