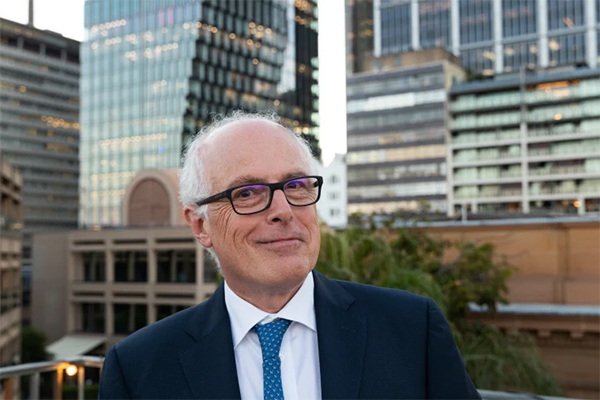 The Perrottet government is to mount a fresh global search for the leader of its new flagship cultural institution amid the sudden departure of the man who had championed its creation.

Adam Lindsay was the frontrunner to lead the rebadged Museums of History NSW, formed from the merger of 12 museums and the state’s $1 billion archives.

He announced his departure to stunned colleagues days before the new body launches on January 1.

Lindsay had been an energetic and ambitious promoter of the new Museums of History and a dynamic museum programmer.

In his three years as head of Sydney Living Museums he had negotiated free admissions, turned a budget deficit into surplus, and increased philanthropic donations six-fold.

But he had also courted controversy with his bid to widen public engagement of history with art activations and in the creation of the Museums of History itself, which had been opposed by a group of academics, historians and emeritus administrators. 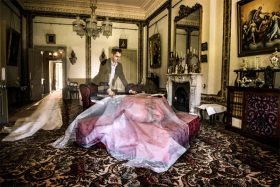 Lindsay, pictured at Vaucluse House, wanted museums to shake off their image as dusty or boring. CREDIT: STEVEN SIEWERT.

The group had warned that the new entity carried serious integrity risks for public accountability and governance of the state archives.

Lindsay told the Herald he had been notified by the government before Christmas that the search for the new chief executive, a job he had applied for, had been abandoned after first-round interviews.

“I’m disappointed that they’ve cancelled the recruitment process after hiring a headhunter and taking out national ads, and I’m unsure why,” he said.

The abrupt change in leadership comes as doors open on the rebranded Museums of History on Sunday. With no obvious successor, State Librarian Dr John Vallance is to stand in to lead the newly minted Museums of History until a replacement can be found, likely well after the March election. 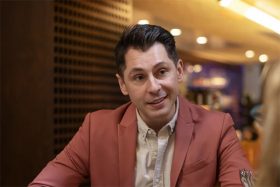 As head of SLM, Lindsay had been shepherding through a $7 million business case for the Old Registrar General building on Macquarie St including its use as the state’s first dedicated history museum.

A business case for an interactive museum at the Parramatta Female Factory, in the litmus test seat of Parramatta, was also underway.

But the biggest task of the newly installed chief executive in 2023 was to manage the transformation of the Museum of Sydney into an Indigenous cultural centre.

The Herald revealed this month the state government had abandoned Buruk, the Indigenous centre at the Barangaroo Cutaway, for a multipurpose centre following a meeting with former Prime Minister Paul Keating in mid-2020.

The coveted position of the chief executive of the Museums of History was advertised before Christmas.

According to one government source with knowledge of the negotiations, Lindsay had applied and been offered the lesser chief operating officer’s role, with the position to be readvertised. He had declined it.

In a farewell note to colleagues seen by the Herald, Lindsay said his final day would be December 31 and Vallance would take over in the interim.

Minister for Arts Ben Franklin had recused himself from making the appointment because of the pair’s long-standing social friendship.

The government did not respond to the Herald’s question if a potential conflict of interest existed with Vallance’s broader role given his position on the selection panel.

Vallance joined the State Library in 2017 after a distinguished career in academia and teaching, and is regarded in Macquarie Street as a “safe set of hands”.