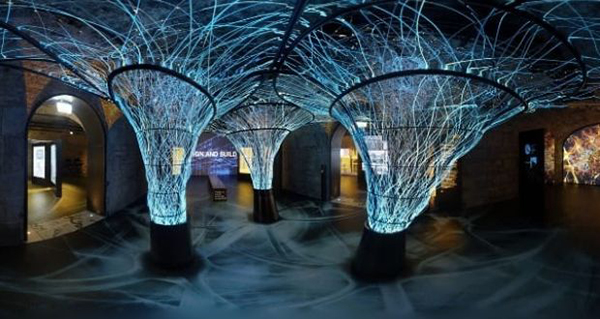 EPIC, the Irish Emigration Museum, has been voted Europe’s leading visitor experience for the third year in a row.

For a record breaking third successive year a small museum in Dublin has seen off some of the largest and most famous visitor experiences in the world to be voted Europe’s leading tourist attraction.

Epic, the Irish emigration museum, finished ahead of the Louvre, the Eiffel Tower, the Colosseum and Buckingham Palace at the World Travel Awards.

The museum in the basement of the CHQ complex in the IFSC documents the stories of just some of the millions of people who left the island of Ireland and how they influenced and shaped the world in an exhibition which spans 1,500 years of Irish history.

Epic’s chief executive and director Patrick Greene said the third triumph in as many years was a “testament to the resilience, creativity and commitment of all our staff”.

He said the win “ahead of so many iconic European landmarks really is a boost in the times we are in and for Irish tourism” and he added that the museum would “ continue to honour the diaspora abroad and recognise the vital contributions that Irish people have made worldwide”.

When asked how a museum of this scale could compete with the giants on Europe’s tourist stage, Epic’s sales and marketing manager Aileesh Carew stressed that the award was for Europe’s leading tourist attraction and not the best.

“We are not saying we are better than the Louvre or the Eiffel Tower but this award is about the visitor experience and what they take with them and what they remember,” she told The Irish Times.

She pointed out that it was possible to visit an iconic tourist attraction and be left underwhelmed by the experience as anyone who has every fought for space to stare at the Mona Lisa or stood in line for the Eiffel Tower will be able to understand.

“I think people remember how you make them feel, that is what stays with them,” she suggested.

She said the museum aimed to give visitors “a very unique perspective” through the lens of emigration. “I am biased obviously,” she said “but it really is very beautiful and every time you go you see something you have never seen before and the attention to detail is remarkable.”

Minister for Tourism Catherine Martin congratulated Epic on the win and said applauded how “Irish creativity, culture and community is showcased excellently” there.

She described the museum as an “excellent cultural ambassador within and for Ireland and said the win was “for Epic, for Dublin and for Irish tourism.”

See also: The Corkman who sent Ned Kelly to the gallows