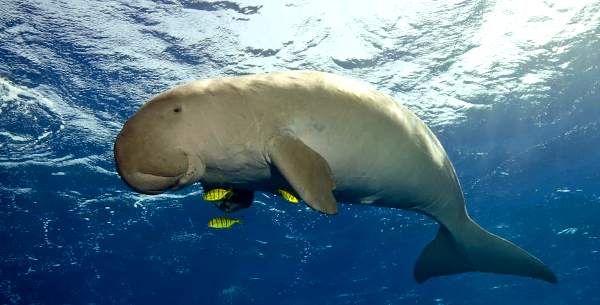 Using bones up to 250 years old, scientists have discovered some of the world’s most endangered dugong populations are also the most genetically distinct.

The research can help guide conservation efforts for the species. Genetic analysis completed at the University of Auckland discovered the threatened Madagascan dugong diverged from other dugong populations millions of years ago. Losing them would also be like losing a species of elephant.

Dugong are generously described as mermaids, but more accurately as sea cows. They live in scattered populations from Australia, the east coast of Africa, the Western Pacific and the Indian Ocean.

Habitat loss, pollution and hunting have seen their numbers decline.

Slow and simple to catch, dugong are easy prey for hunters. As well as flesh, there are uses for their fat, skin, bones, and teeth.

Even their tears are sought-after. In parts of SouthEast Asia some people believe the best ingredient for a love potion are tears from a dugong calf who has lost its mother.

The once-prolific marine mammal is now scarce, especially in the Indian Ocean.

University of Auckland’s Dr Shane Lavery said former student Dr Stephanie Plön, who is now based in South Africa, hit a snag trying to source genetic samples for her study.

“It was almost impossible to collect samples from live animals because there were so few left.” 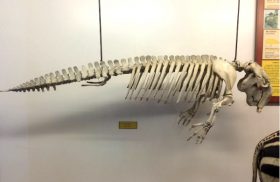 She turned to bones from museum collections around the world for help. Using a 1.5mm drill bit, small samples were carefully taken from the bones of 177 dugong held in 14 different museums. These bones had been collected over 250 years.

Lavery said the goal of the study was to understand the different populations and genetic lineages.

“If we’re trying to conserve the species, we’re obviously trying to not lose a lot of the biodiversity within any one species.”

The results came as a surprise.

“Initially, we were expecting to see that Indian Ocean dugong were just a small subset of the biodiversity that we already knew about in the Western Pacific. But it turns out that they make up an entirely different distinct lineage that probably diverged something like 10 million years ago.”

The study’s findings help focus conservation efforts to the most at-risk population.

“If we were to lose some of those Indian Ocean lineages, that would be equivalent to losing species of elephant or losing the Māui dolphin.”

Lavery said museum collections were proving to be useful, particularly for genetic samples of large, rare marine mammals like dugong, or beaked whales.

“They can be a real treasure trove of genetic diversity information, [for] which they haven’t necessarily traditionally been seen that way but there’s an enormous store of information there they can be used for.”

The University of Otago’s Dr Nic Rawlence shares Lavery’s view on the importance of museum collections. He said the amount of bone needed for samples has decreased dramatically since the technique was first developed.

Previously large chunks were required, and he thinks this has given the impression sampling is destructive. Now samples taken with tiny drill bits suffice, and, for small bones, DNA can be soaked out.

With the new information able to be gained from collections he worries funding in New Zealand can sometimes fall short.

“Some of the collections there [Te Papa] are in dire need of care and they’re not getting it.”

In 2018 more than 400 whale bones at Te Papa became mouldy as the person who had been responsible for their care was restructured out of a job.

Rawlence said there was now someone caring for them, but thinks funding for regional museums and Te Papa needs to be reviewed to ensure collections can be used for future research.

“What’s in the museums is becoming key to doing evidence-based conservation management.”

Lavery said it was  too early to gauge the impact of the dugong study on conservation efforts but people who had seen the research had been interested.

He thinks it will “shake things up a bit” in the conservation world and Madagascar’s dugong will get a bit more attention than they have to date.