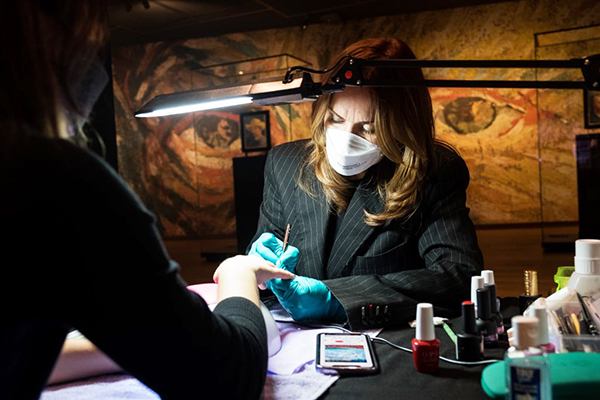 Van Gogh Museum turned into a nail-studio and hairdresser, where people can have their nails/hair done surrounded by the work of Vincent van Gogh on January 19, 2022 in Amsterdam, Netherlands. Photo by Sanne Derks/Getty Images.

The Mauritshuis, the Van Gogh Museum, and others forged ahead despite warnings from local mayors.

Museums in the Netherlands staged an unusual protest against the lockdown restrictions that are currently preventing them from welcoming visitors. In an effort to demonstrate the absurdity of the rules, they opted to open for the day as gyms, barbershops, and nail salons.

Those businesses—along with sex work, although no museums reinvented themselves as brothels—were last week given the green light to resume operations even as the virus continues to surge, with confirmed cases at their highest level at any point during the pandemic. Dutch museums have been closed since December, when Omicron began to spread through the country.

At the Van Gogh Museum in Amsterdam, hairstylists and nail techs were invited to set up shop in an impromptu beauty salon.

Among the services on offer, naturally, was Van Gogh-themed nail art inspired by Starry Night. Admission was free, and customers paid €19 to €30 ($20.50 to $34) for their beauty treatments. 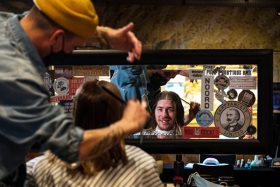 “This one-off, playful action gives both the inner and the outer person a makeover,” the museum wrote on its website.

The event was meant to demonstrate that if personal grooming services are allowed to conduct business as usual, it does not make sense to treat arts and culture differently.

“A museum visit is a safe visit, and equally important as going to a nail salon, perhaps more so,” Emilie Gordenker, the museum’s director, told the BBC. “We just ask them to be consistent… make the rules in a way everyone understands them. At this point that seems to be lacking.” 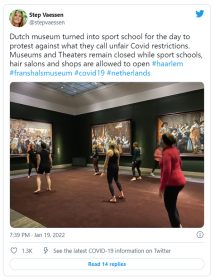 At the the Mauritshuis in The Hague, visitors couldn’t go see Vermeer’s Girl with the Pearl Earring, but they could take part in a workout bootcamp. Meanwhile, there were Zumba and yoga classes at the Limburgs Museum in the southeast city of Venlo.

The Het Concertgebouw in Amsterdam offered haircuts during orchestra rehearsal, since the ensemble is allowed to practice, but not to perform to an audience. 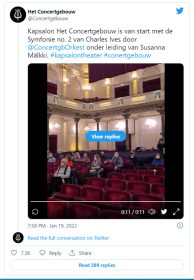 “It’s crooked, I can do my job and the people from the museum cannot. Look around you. There’s so much space, and people can be in a supermarket with 300 people, it’s crazy,” a barber named Mischa told the BBC, joking that his only concern was being “anxious I will cut someone’s ear off, like Vincent did.”

In total, some 70 museums, theaters, and other cultural venues across the nation took part in the action, moving forward with the plan despite warnings from Amsterdam mayor Femke Halsema and leaders in 24 other cites that violations of lockdown restrictions would face repercussions. 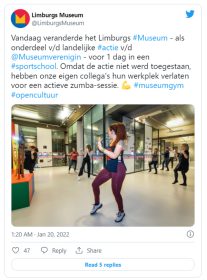 “It was clear very quickly that they could not turn a blind eye and accept [the protests],” a government spokesperson told the AD, as translated by Dutch News. “No matter what they feel about the cultural sector, this does conflict with the coronavirus rules.”

All institutions required attendees at these events to show proof of vaccination or a negative Covid-19 test or recent recovery on the CoronaCheck app, wear masks, and keep physical distance from other visitors.