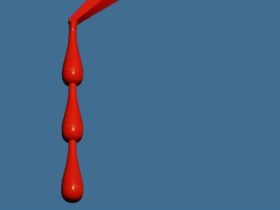 You’ll have seen and heard assertions over the years – by Treasurers delivering Federal and State Budgets confidently advancing the case for continuous improvement in government operations, that agencies large and small have become more efficient and can afford cuts, and by advocacy bodies that the Efficiency Dividend is a “blunt” instrument that disproportionately affects smaller organisations. And in the meantime organisations are quietly shedding staff and cutting back programs, and until recently trying to avoid sheeting home the blame to their paymasters. So what’s the truth?

What is it – budget cut or incentive to reform?

First up, the Efficiency Dividend is a misnomer. It’s really an annual funding reduction in real terms for government agencies. That is, for every year there is less money given for their overall running costs. These costs include basics such as electricity (which went up 18% for the Art Gallery of South Australia last year) and rent, with staff salaries by far the biggest component.

When Prime Minister Hawke introduced this recurring annual 1% cut for the 1987/88 financial year he sold it as the happy result of small efficiency improvements, rather than a budget cut. Whereas once it could have been argued that expecting the same results with fewer resources, but leaving it up to the institution to decide which inefficiencies to target, was a clever way of driving reform without damaging the core of the organisation, that is no longer the case.  As it is a compounding cut to operational budgets with very real and damaging effects, it’s a touch Orwellian to continue to use the term “efficiency dividend”.

Most of the state and territory governments also apply or have applied efficiency dividends to their operations. In NSW it’s currently 1.5%. In SA it continues at 1%, which is a compounding 4% per annum.

The most “efficient” outcome nowadays is a predictable amount of money being returned to the Budget. This is naturally an attractive outcome for governments of all persuasions.

What has been the effect on cultural institutions?

Cultural organisations like galleries, museums and libraries, are distinctively different from large government departments – they are small, seven days per week operations servicing the public, with high fixed costs, and resource reductions have a significant impact. Salaries and wages make up the majority of their operating costs. The compounding cuts at both Commonwealth and state level have resulted in the loss of numerous experienced staff along with services and activities. Skills disappear, long term strategic planning is harder and organisational sustainability is threatened. Ironically, up-front expenditure on reform or innovative efficiencies, that may take a while to reap the benefits, is difficult to secure.

The list of activities closed or curtailed to make ends meet makes depressing reading. Touring programs (which are particularly important for national organisations), publications and research have been and continue to be cut. Venues and office spaces are also being closed or reduced.

In Canberra this year, the National Gallery of Australia closed its offsite NGA Contemporary and is currently losing senior permanent staff. The National Library made the difficult decision to limit Trove, their hugely successful online interactive archive.

In some states, cultural institutions such as the National Gallery of Victoria closed at least one day a week. This was only recently reversed. Regular closing on a particular day is an option being considered at the national level, but so far rejected as it is recognised that visitors come to Canberra infrequently and it would be unconscionable for national institutions that belong to all Australians not to be open to receive them.

All public organisations with legislated roles need stable core income to carry out their fundamental responsibilities. While some have been successful in getting one-off capital or project grants, the shrinking core funding makes it hard or impossible to support the shiny new things.

Hasn’t anyone noticed before?

There have been many reviews and Inquiries over the years.

For example, the Inquiry conducted way back in 2008 by the JCPAA (Joint Committee of Public Accounts and Audit) concluded that agencies that were small in size and had precisely defined technical functions (such as cultural agencies) had less scope to both reprioritise activities and put forward convincing cases for new policy funds during the Budget process. They soberly concluded that the Efficiency Dividend was inappropriate for these agencies.

All research since then shows that small agencies are disproportionately affected. There is unusual unanimity across the ideological spectrum about this, ranging from the JCPAA, the Community and Public Sector Union, the National Commission of Audit and the Centre for Independent Studies.

They do. All cultural agencies raise private funds and have done so for a long time. Over the years the impact of the Efficiency Dividend (and other budget cuts of course, often swingeing ones) has placed even greater emphasis on self-generated revenue-raising. While there are positive benefits to this, such as better engagement with certain audiences and philanthropic bodies, and more relief for the taxpayer, there are significant downsides. These include, for example, less diversity in programming – dropping an exhibition that may be less popular than an international blockbuster but important for reasons such as scholarship, exploring national identity, Indigenous engagement, experimentation, or stimulating critical thinking and imagination.

Furthermore, as evidenced by a big backlash recently in the UK over BP sponsoring a British Museum exhibition, all cultural organisations are acutely aware of the potential for perceived inappropriate influence over programming, acquisitions or other activities.

An alternative is for government to better support and encourage philanthropy and commercial activities as a complement to, but not a replacement of, core government support for culture.

What do we want to change?

Stop and Step up.

Stop applying the Efficiency Dividend to cultural institutions It’s been suspended by the Commonwealth government once before, for a year, in recognition of the disproportionate impact.

Step up – provide adequate funding to this sector. There’s a lot of damage to repair and small (relatively speaking) additional investments will produce compounding positive social and economic impacts.

If Australia, one of the wealthiest and most stable countries in the world, wants a thriving arts and cultural sector that can stimulate creativity, innovation and a sense of ourselves as communities and a nation, then all governments need to strengthen their funding role, not diminish it.