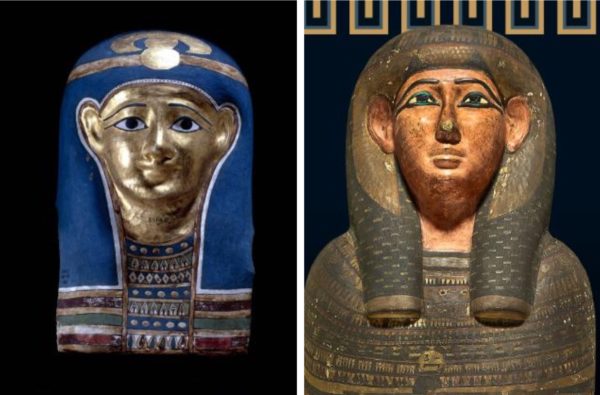 Every mummy has a story to tell, according to Powerhouse Museum Egyptian Mummies curator Melanie Pitkin.

Ahead of the December 10 world premiere of Egyptian Mummies: Exploring Ancient Lives, Pitkin gives us a glimpse into the secrets that lie beneath six mummies who died in Egypt between 1800 and 3000 years ago.

At the exhibition, visitors will be able to virtually peel back the layers of history through interactive 3D visualisations and explore each mummy’s ancient life.

This will include their approximate age at death, sex, what diet they might have had, state of health and possible cause of death.

The mummies on display will include three women, including a chantress (singer), a priestess, two men and a two year-old boy.

In the case of the chantress, Tamut from the Temple of Amun at Karnak, the 3D scans reveal that she is adorned with protective amulets on her neck, chest, stomach and feet and has special gold coverings protecting her finger and toenails.

“To the ancient Egyptians, the preservation of the body was central to their beliefs in the afterlife,” Pitkin says.

In order to gain a complete picture of how the six mummies lived and died more than 200 objects have been selected to help tell their stories.