You are here: Home » Articles filed under: 'News' » Article: 'End of Neutrality' 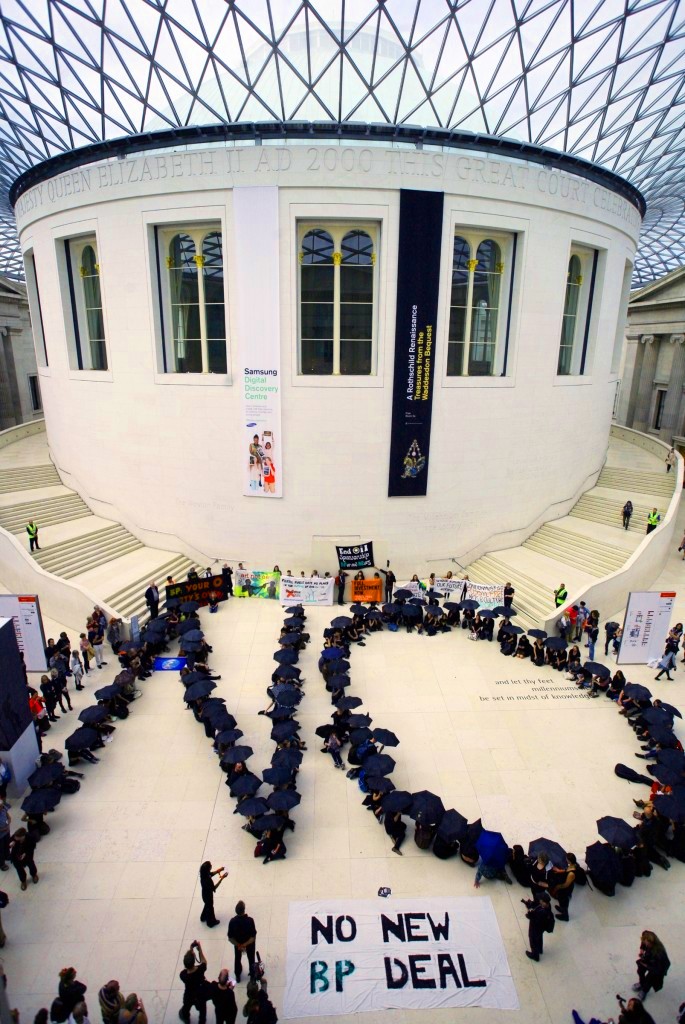 In this manifesto first published in the US-based Informal Learning Review, scholar-practitioner Robert Janes calls for the end of the myth of neutrality and urges museums to take a stance on climate change and embody a new story, “about the creation of a new, caring and more conscious future for themselves and their communities”. He calls for the creation of an international framework of resources, contacts, ideas and projects to assist museums in assuming responsibility for promoting climate change awareness and mitigation.

The recent INTERCOM 2015 Conference (International Committee on Management), held in Washington, DC on 28-31 October 2015, included a panel presentation with a rather alarming title – “Dirty Money: Divestment, Ethical Funding and Trust.” We don’t use words like “dirty” in the museum world – we are deferential and “authoritatively neutral,” or so we believe. The purpose of this commentary is to revisit the magical belief in museum neutrality and assess its consequences for the ongoing relevance of museums. I also wish to provide a manifesto of sorts, including a framework for constructive action to assist museums in addressing the most pressing issue of our time – climate change and disruption. In the process, I will introduce a moral imperative in the public persona of the mainstream museum, with all of the sharp opinions and grievous emotions that may ensue. Climate change and the role of museums in its amelioration is no longer about science, ideology, or politics – it is about social justice. Furthermore, the majority of museums are choosing to deny this fact in the conduct of their work, and I will also offer some observations on why.

The magical belief of neutrality

There is a widely held belief among museum boards and staff that they must protect their neutrality (with the exception of their expert pronouncements on quality and excellence), lest they fall prey to bias, trendiness, and special interest groups (Janes 2013: 349). The meaning of neutrality has changed over the past decade, however, as museums have increased their reliance on corporate, foundation, and private funding, and more and more business people are appointed to governing boards. The unspoken argument is that museums cannot risk doing anything that might alienate a private sector sponsor, real or potential. The simple truth, apparently unrecognised by the proponents of museum neutrality, is that corporations and the business community are themselves special interest groups, grounded in marketplace ideology. As the poet/farmer, Wendell Berry succinctly notes “Influence and consequence are inescapable. History continues” (Berry 2000: 127).

Why do museum practitioners rise so readily in defence of neutrality and why is it so entrenched in museum practice? I suggest that neutrality is not a foundational principle of museum practice, but rather a result of the museum’s privileged position in society. It is a matter of record that museums enjoy a high level of public trust – more than any other social institution and far beyond that of the Internet. This, in turn, has fostered a sense of complacency among museum practitioners, underpinned by the assumption that traditional thinking and practices must account for this privileged status. This perspective is further bolstered by the many museum executives who may have 25 years of experience, but it is the same year repeated 25 times. Hence, complacency, the absence of continuous learning, and the weight of tradition are persistent factors in the inability or unwillingness to rethink the meaning of neutrality and its implications for the role and responsibilities of museums in contemporary society. It may be cold comfort, but museums are not alone in this conundrum – all contemporary institutions are beset with complacency and myopia.

These assumptions and traditions have conspired to create two magical beliefs that are now the stock-in-trade of most museum workers. I call them magical beliefs, but they are also akin to bad behaviours as noted by UK cultural activist, Bridget McKenzie (2012). The first magical belief is that when money gained from corporate malfeasance is given to a museum, it becomes morally pure and acceptable. The second is believing that museums may abstain from addressing societal issues and aspirations because they have complex histories and unique missions which absolve them from greater accountability.