June 25th, 2020 | Browse other: News. | Tagged with: Museums walk fine line on domestic tourism, Welcoming back visitors is essential to the survival of many institutions | 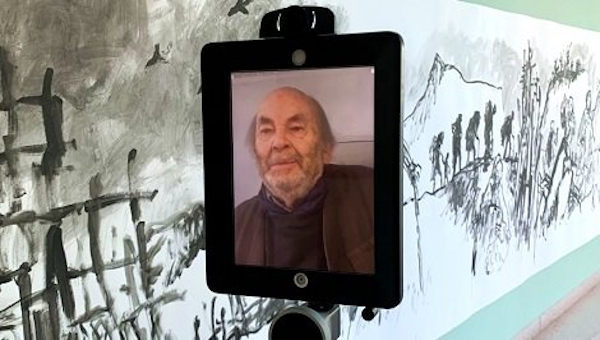 Welcoming back visitors is essential to the survival of many institutions in tourist locations, but reduced incomes and higher costs mean some face an uncertain future.

The Wordsworth Trust in Grasmere, Cumbria, was planning to celebrate the 250th birthday of the Romantic poet William Wordsworth this summer in a newly-completed £6m development.

Since the coronavirus pandemic struck, its plans look very different. An extended museum building – a key part of the redevelopment – is yet to be completed, and the site is not expecting to reopen before the second half of August, when visitor numbers at Wordsworth’s former home Dove Cottage will be significantly limited due to social distancing rules.

The trust’s director Michael McGregor says the organisation is confident that it can survive the summer. But there is “huge uncertainty” about what will happen after September when the government’s furlough scheme ends and the low season begins. Like many businesses in the region, the museum relies mainly on tourism for its income. “It’s unsustainable in the longer term not to welcome tourists back,” says McGregor.

With international tourism facing serious disruptions this summer, culture secretary Oliver Dowden recently said the government intends to run a major campaign encouraging British people to take “staycations”. An increase in domestic tourism potentially offers some hope for beleaguered museums in tourist locations. But safety issues and logistical challenges mean it will be difficult for most institutions to welcome back tourists at levels they are used to.

Emmie Kell, the chief executive of Cornwall Museums Partnership (CMP), says the county’s more than 70 museums are considering whether it makes financial sense to open with reduced visitors and a limited offer due to staffing, volunteering and social distancing issues. It is likely that some won’t open until next March and even those that do open later this summer will have lost a large chunk of the main tourist season.

Evidence submitted by CMP to the DCMS Committee’s inquiry into the impact of Covid-19 says that some museums in the county earn 80% of their income in the summer months: “Closure from March into the summer is being described as the equivalent of ‘three winters in a row’”. The partnership says this may push some museums into insolvency.

The strong economic motivation to encourage tourists back extends well beyond the museum sector in Cornwall. But in a county with an older population served by only one major hospital, there is also concern about visitors spreading the virus to an area that has so far had relatively few cases.

Kell says there has been local anger at visitors breaking lockdown rules to stay in holiday homes and visit beauty spots – as they have also done in other tourist areas. “Museums are really nervous about being seen to be part of any kind of irresponsible behaviour,” she says.

CMP has commissioned independent public attitudes research to understand better how local communities feel about museums reopening. This will be completed by the end of June. “Absolutely we want to welcome people when the time is right,” says Kell. “We are trying to be really cautious about gathering as much intel as we can to inform the decisions that museum directors are making.”

She expects that the outcomes will differ depending on local conditions: ”What Tate St Ives decides to do might be very different to what the Telegraph Museum in Porthcurno decides.” CMP is planning to help co-ordinate messaging reassuring the public that museums are taking safety measures into account.

The logistics and finances of reopening are a challenge everywhere, but for Hastings Contemporary on the English south coast, the pandemic has also been an opportunity to develop its offer and business model.

The gallery is running robot tours using a remote-controlled video-conferencing robot – “like an iPad on a Segway”, according to director Liz Gilmore. The technology was developed through an Arts and Humanities Research Council-funded project at Bristol Robotics Lab, where one of the gallery’s trustees is a researcher.

Discussions were already underway for an intended audience of children in hospices. Under lockdown, the free tours have been used to connect with wider global and local audiences. Gilmore says this is “a really exciting development that we don’t want to lose when we fully unlock”. The gallery is offering four public robot tours a week and Gilmore expects them to be part of the venue’s core offer for the next 18 months.

There has also been a significant change of direction at Museums and Galleries Edinburgh, which manages 13 venues in the city, including five in the Royal Mile in the city’s old town. Tourists normally comprise almost 70% of the more than 800,000 visitors the service receives a year, with large numbers arriving both from international and UK locations.

But the service’s venues manager Frank Little says catering for local audiences will be the priority on reopening: “We don’t anticipate getting our previous level of visitors back any time soon”, he says, and no drive to encourage tourism is currently planned within the service. It hopes to begin a phased reopening in September, including a new exhibition at the City Art Centre.

In contrast, McGregor at the Wordsworth Trust believes that promoting tourism at the right time will be important. He points out that successfully welcoming back visitors is dependent on co-ordinating approaches with other sectors and public infrastructure: “The public transport needs to be there, the toilets need to be open, the shops need to be well-stocked, the accommodation providers need to be ready.”

He believes one positive aspect of the current crisis is greater local co-operation, particularly among museums and the wider cultural sector. “Our networks have been strengthened and people have felt a bond,” he says. “Even more than in the past, it is partnerships and collaborations that will see people through this”.