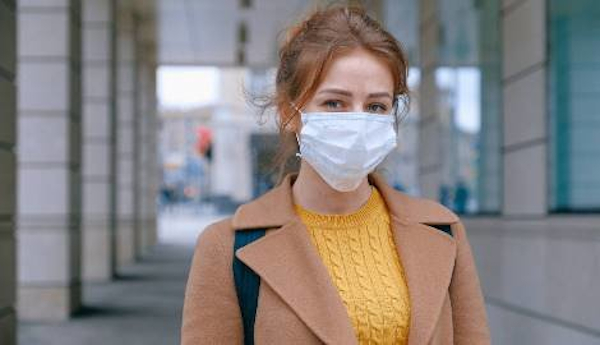 Visitors to museums in England may be encouraged to wear face coverings, according to updated guidance for the sector issued by the National Museum Directors’ Council (NMDC) this week.

Face coverings are mandatory on public transport and will become compulsory in shops and supermarkets in England on 24 July. But the guidance also states that “people are also encouraged to wear face coverings in enclosed public spaces where there are people they do not normally meet”.

This is a change to the original guidance, which said face coverings may be worn inside where social distancing isn’t possible. An NMDC spokeswoman said the update was not intended to be a blanket recommendation for museums.

The Good Practice Guidelines on Opening Museums were compiled by NMDC, with support from the Department for Digital, Culture, Media and Sport, in consultation with Public Health England. The update to the document reflects a change in the government’s stance on face coverings, which are already widely worn in other European countries.

The guidance states: “A face covering can be very simple and may be worn in enclosed spaces where social distancing isn’t possible. It just needs to cover your mouth and nose. It is not the same as a face mask, such as the surgical masks or respirators used by health and care workers…

“It is important to know that the evidence of the benefit of using a face covering to protect others is weak and the effect is likely to be small, therefore face coverings are not a replacement for the other ways of managing risk, including minimising time spent in contact, using fixed teams and partnering for close-up work, and increasing hand and surface washing.

“These other measures remain the best ways of managing risk in the workplace and government would therefore not expect to see employers relying on face coverings as risk management for the purpose of their health and safety assessments.

“Wearing a face covering is optional and is not required by law, including in the workplace, with the exception of public transport and shops from 24 July.”

The government has advised that the mandatory face covering requirements, which will apply to museum shops, will be enforced by police and not retail staff, who are instead asked to “encourage compliance”.

People who fail to adhere to the new rules could face a fine of up to £100. A number of groups are exempt from wearing a face covering, including children under the age of 11, police and emergency response staff acting in the course of their duty, and those with a disability or physical or mental illness.

Anyone accompanying a deaf or hearing impaired person who relies on lip reading to communicate will also be exempt.

More guidance on face coverings can be found on the UK Government website. Separate guidance for museums has been issued by the devolved governments in Scotland and Wales.

Update: 23.07.2020
Updated to clarify that the advice on face coverings is not intended to be a blanket recommendation for museums, and to make clear that the guidance was compiled by NMDC.