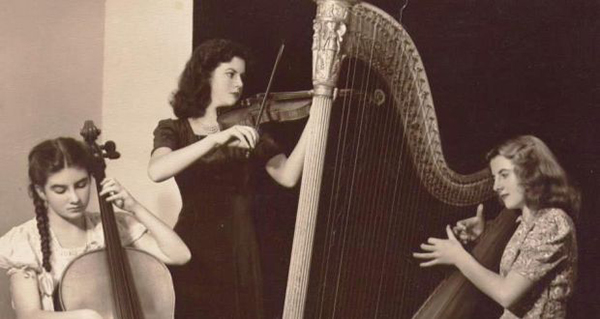 Maureen O’Carroll, daughter of 1916 Rising activists, went on to play with Frank Sinatra.

The concert at the Sydney Opera House was about to start. A cellist, Maureen O’Carroll, had bravely informed the Sydney Symphony Orchestra’s management that there was one item on the programme that she was not prepared to play.

Sure enough, when the concert arrived at Rule, Britannia! she placed her cello down and left the stage, only returning at the end. It was a potentially career-ending moment, born out of her sense of Irish patriotism, but she kept her job.

Maureen O’Carroll was born in Sydney in 1932, one of 10 children. Her parents John O’Carroll and May Gahan had married in 1917 in the aftermath of the Easter Rising, in which both had been heavily involved as members of the Citizen Army and Cumann-na-mBan. They remained active in the struggles of subsequent years, but this took a toll on both of them.

Maureen O’Carroll was very conscious of her Irish roots. Her mother had been decorated by the Irish government for her part in the Rising, and her father spoke with veneration of patriots from Wolfe Tone to the dead of Easter 1916
They emigrated to New Zealand and then, in 1930, settled in the working-class suburb of Balmain in Sydney. It was there they raised their five boys and five girls, in the difficult circumstances of depression-era Australia.

With both parents enthusiastic about music, the children were encouraged to learn instruments and to sing. In a book A Musical Memoir of an Irish Immigrant Childhood, Maureen O’Carroll and her daughter Leora O’Carroll describe how the parents saw music as a way out of poverty.

All the children, at various times, were enrolled at the State Conservatorium of Music. The older children gave musical performances at social functions to help with the family’s finances and the purchase of instruments. Maureen’s early talent resulted in the acquisition of a cello on her sixth birthday. Eventually, she was enrolled in the Conservatorium High School, where her musical abilities were able to flourish.

Maureen O’Carroll was very conscious of her Irish roots. Every Easter her father organised a gathering at the Irish memorial in Waverley cemetery. Her mother, who had been decorated by the Irish government for her part in the Rising, was given the honour of placing a wreath on the memorial, and her father spoke with veneration of the patriots honoured by the memorial, from Wolfe Tone to the dead of the Rising.

By the age of 17, O’Carroll was an advanced student of the cello at the conservatorium. That led to semi-professional engagements in orchestras and chamber groups that provided experience and modest performance fees, and many contacts.

Around that time, as described in the book, a letter arrived at her home. It read: “You have been recommended for the position of cellist in the New Zealand National Orchestra by the conductor of the Sydney Symphony Orchestra, Mr Eugene Goossens. We wish to offer you this position at a salary of ten pounds per week. Should you accept, arrangements have been made for your transportation with the Union Steam Ship Company on the Wanganui sailing from Sydney to Wellington on August 22, 1950.” 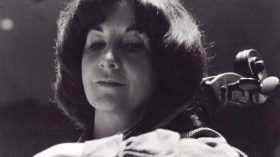 It was a moment of fateful decision for O’Carroll. Her mother, and her cello teacher at the Conservatorium were enthusiastic that she should take the job for six months to see how she liked it. It was a richer and more rewarding opportunity than might be expected for children from a large immigrant family and she accepted, setting off for New Zealand just two days later.

After New Zealand, O’Carroll travelled to the United States, where she performed in New York with artists such as Frank Sinatra. She toured with the Boston Pops Orchestra and continued her musical studies at the University of Miami. In 1957 she was accepted into the New Orleans Symphony Orchestra, where she married the principal cellist.

In 1974 she returned to Australia, where she joined the Sydney Symphony Orchestra, performing with outstanding musicians such as Aaron Copeland, Glenn Gould, Paul Tortelier and Danny Kaye in a wide range of music, but not Rule, Britannia!

Maureen O’Carroll passed away in 2012. In 2019 she was named as one of the top 100 Irish-Australians of All Time by the Sydney based Irish Echo newspaper. Her daughter Leora, who is also a musician and television writer and producer, lives in Los Angeles.

This Extraordinary Emigrants article was written by Dr J Patrick Greene, chief executive and museum director of EPIC The Irish Emigration Museum in Dublin’s Docklands, an interactive museum that tells the story of how the Irish shaped and influenced the world.