You are here: Home » Articles filed under: 'News' » Article: 'Ethics in arts sponsorship'

May 3rd, 2018 | Browse other: News. | Tagged with: Ethics in arts sponsorship, ethics in fundraising | 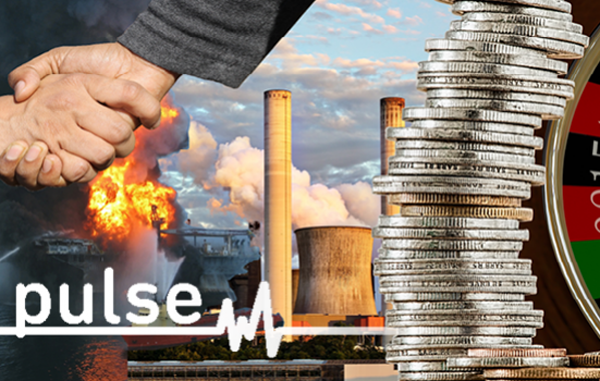 As pressure on arts organisations to raise funds privately increases, the issue of ethics in arts sponsorship becomes an ever more challenging one. For years the UK’s major museums and galleries have quietly ignoring increasingly loud and creative public protests of their relationships with oil giant BP. And, more recently, an artist boycott led arms manufacturer BAE Systems to back out as one of three key partners of the Great Exhibition of the North.

This ground-breaking research by ArtsProfessional has gathered the views of the sector on whether – and if so, how – arts organisations should embed ethics in their fundraising strategies, and how they are making decisions right now.

The survey ran from 26 March to 9 April 2018, was distributed among readers of ArtsProfessional and received 589 complete responses, nearly all from people working in arts or cultural organisations that are open to receiving sponsorship or major gifts, some of whom rely on these as a major income stream. Respondents represented a broad range of artforms, from dance and music, to theatre and museums.

Read the full survey responses in the pdf document here, including almost 1,000 comments related to ethics in arts sponsorship.

In their comments, respondents pointed not only to ethical concerns, but to the legal and reputational risks involved in accepting financial support from the wrong person or organisation.

“When you associate your brand with another brand, you will inevitably be linked with their ethics and business practices.”

“It can be a risk to the organisation if a sponsor or major donor is involved with illegal activity, money-laundering or human rights abuses.”

“The reputation of an arts organisation is one of its key assets. Any activity – real or perceived – which could damage that reputation must therefore be considered carefully.”

Some raised concerns about arts organisations facilitating what has been branded ‘artwashing’, when organisations with poor public reputations give money to the arts to help ‘clean up’ their image.

“Branded sponsorship is not an altruistic approach to arts and cultural funding but has commercial or political benefit to the sponsor; if the sponsor or donor conducts damaging activities for society or the environment then arts organisations are at risk of complicity and effectively dressing unethical activity as acceptable in the public eye.”

When asked about ethics in relation to specific activities, most respondents agreed that arts organisations should consider refusing support from organisations or individuals associated with political activities (e.g. oppressive regimes, party politics, armaments), as well as those that have a negative impact on the environment, or the wellbeing or people or animals.

However, many pointed out that these categories are too broad and that they would, for example, differentiate between fossil fuels and nuclear energy, or animal testing used for cosmetic versus medical purposes. They also emphasised that clear lines cannot be drawn, and being able to make decisions on a case by case basis was key.

“Depends on the level of gift and what they are expecting in return.”

“I believe it’s about weighing the risk and ethical impact on the organisation against the value that the sponsors and donors are providing – is it worth the money?”

Individual respondents pointed to many other activities that they would consider cause to refuse support from a donor or sponsor. These included poor employment practices; tax avoidance; banking; manipulation of the media; production of fast food; preaching of religious fundamentalism; promotion of inequality; “social cleansing” (e.g. by property developers); and pornography.

Some respondents said it was down to each individual organisation to ensure its values and goals align with those of its supporters, while others took a broader view, believing that because the arts exist to improve lives and society as a whole, it would be hypocritical to become involved with organisations that do the opposite.

“This is down to each particular arts organisation and what its ethical code is, along with the perceived ethical codes of its audience.”

“The vast majority of arts and cultural organisations (especially those that are charities) cite mission purposes that include some element of a desire to affect positive social change. As such, it would be unethical to accept money from an organisation or individual whose activities were in contravention of that purpose.”

Concerns were raised about the pervasiveness of unethical practices, and the hypocrisy of labelling some money as ‘bad’ in a capitalist society.

“All the organisations involved in these activities will pay taxes and therefore all donations you accept from them will be ‘tainted’ because we live in a capitalist society. No one’s hands are clean.”

“Where do you stop. Do you start by asking the patrons where they work and who pays their wages?”

“I personally grapple with the ethics of accepting donations from certain sources. However, anecdotally, I find my peers are happy to overlook such issues in the belief they are ‘Robin Hood’ figures taking from the rich to give to worthy causes.”

Some questioned how arts organisations come to ethical judgements, and whether it is acceptable to base these on the values of individuals rather than trying to represent the ever-shifting views of society as a whole.

“Is there public consensus around the ethics of the activity that the sponsor carries out? It is important to look across the whole of society and not the organisation’s own immediate echo chamber to make this judgement.”

“Only recently have we considered tobacco is bad, lots of people smoke. The same with gambling, the Government allow adverts on the TV. We have all been polluting.”