You are here: Home » Articles filed under: 'News' » Article: 'Ethics of exhibition' 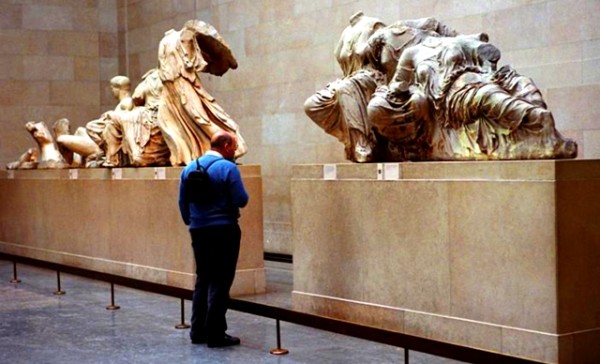 Keeping Their Marbles: How the Treasures of the Past Ended Up in Museums and Why They Should Stay There. Tiffany Jenkins, Oxford University Press 2016. ISBN: 9780199657599

Three months before the 1941 attack on Pearl Harbor, anthropologist Margaret Mead published a prescient piece in Natural History entitled ‘Museums in the Emergency’. Mead found the US citizenry “suspicious of every means of communication” — except museums. She attributed this remarkable faith to the museum practice of asking, “Is this true?” rather than, “Will this make a hit?” A stubborn insistence on truth, Mead believed, could keep the museum as “a place in which [people] can renew their trust in science and in democracy”.

Two books look at truth and trust in the museum world. In Bone Rooms, historian Samuel Redman tracks the evolving role of collections of human remains and their public display in framing issues of race. Cultural sociologist Tiffany Jenkins crafts a spirited read in Keeping their Marbles, with much to offer regarding the genesis of the world’s great museum collections. She transports the reader from the Napoleonic campaigns that stocked the Louvre in Paris with Egyptian treasures to British imperialists funnelling global booty to London’s British Museum. Many countries now want their treasures back; Nigeria, for instance, wants the return of its bronzes, taken when the British Army flattened the then-kingdom of Benin in the late nineteenth century. Both books explore the question of who owns the past, with remarkably different answers. Keeping their Marbles advocates maintaining the finders-keepers mentality that created the museum collections. Bone Rooms argues that human remains were sometimes inappropriately acquired in the name of science, and that meaningful steps must be taken to redress the balance.